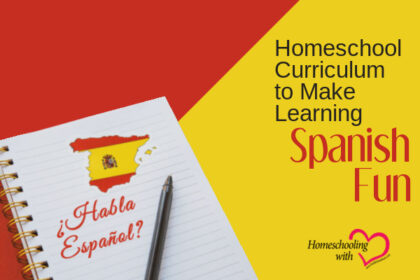 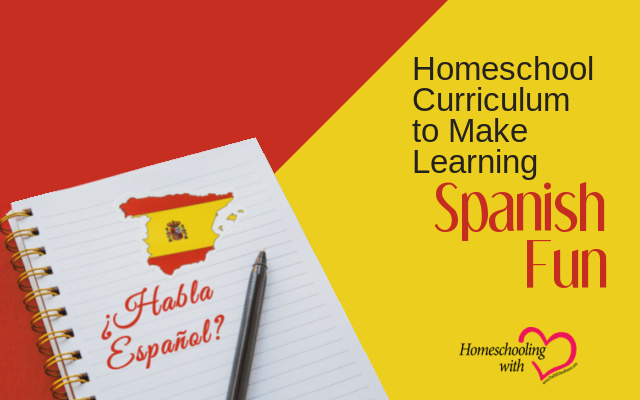 I have always wanted to learn Spanish. I took two years of high school Spanish, and then after college, I married the son of Colombian immigrants. My in-laws frequently conversed in Spanish with my husband, leaving me to rely on what I could recall from almost ten years earlier. Living in a culturally diverse urban area helped since I heard and saw Spanish regularly, but I really wanted to learn it well.

Then we had kids. One might think that my kids are bilingual, but alas! no. Since I was not fluent, they would not be fluent unless I found a good homeschool Spanish curriculum. When they were small, we tried a music-based approach since they seemed to learn other things through song. Well, that didn’t help them learn conversational Spanish. and none of it stuck once they outgrew the songs. I tried videos of dancing puppets, which weren’t much better than the songs. After that, we tried a few CD-ROMs, too. (Remember those?) Those courses were often designed for traveling adults. I needed a specifically homeschool Spanish curriculum, something more complete than memory songs and designed for kids, not adults.

As I mentioned, I’ve gone through several Spanish curriculums over the years, in a variety of formats, some even free through our library. Some of the homeschool Spanish curriculums I’ve tried were very good, but the publisher went out of business! The best arrangement has been when a Spanish-speaking mom offers conversational classes in her home or live online. My younger daughter is currently enrolled in this type of class through our homeschool co-op. But it’s a bit expensive and doesn’t meet over the summer. Without constant use, students often lose their newly gained language skills and must relearn vocabulary in the fall. Uggh!

Online video-based courses are the next best thing, especially if students have access to the instructor or are part of an online chat community where they can practice their Spanish. The homeschool Spanish curriculum at SchoolhouseTeachers.com offers four online courses. One of them is for elementary students and teaches the basics of numbers, colors, days of the week, etc. through video lessons and accompanying worksheets. This is like the programs I tried when my kids were younger, but because SchoolhouseTeachers.com offers courses for all ages and grades, I wouldn’t have to buy separate programs for each student. And the monthly membership fee is less than what I’d pay for one of these homeschool Spanish programs.

The other three courses at SchoolhouseTeachers.com are for high school students. Spanish 1 and Spanish 2 cover the typical scope and sequence for high school Spanish, combining audio files of all the new vocabulary with written work and exams for a complete two-year homeschool Spanish curriculum. My youngest child might appreciate these lessons since he doesn’t like a classroom environment and then he and I can practice together!

Then, when he’s ready for a challenge (or his sister needs some fun practice), we can transition to Advanced Spanish Fluency. This four-week class consists of fifteen stories, all told in Spanish! Students read and listen to the stories. Then, they retell the story in English to demonstrate their comprehension. What a fun way to extend a homeschool Spanish curriculum no matter what program I use! I may decide to use these stories to challenge my own Spanish fluency. I can’t be left behind as my kids become fluent, now can I? 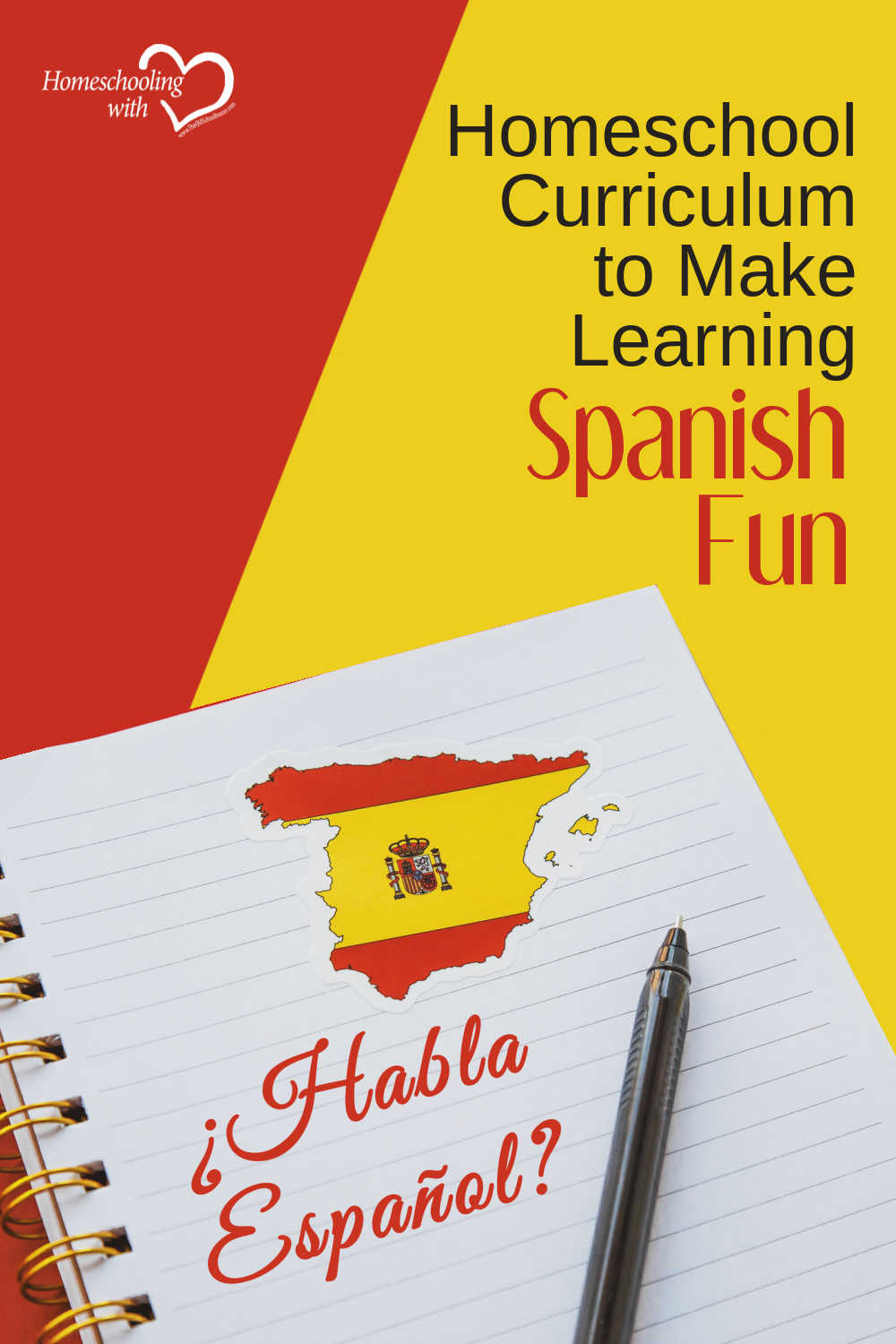 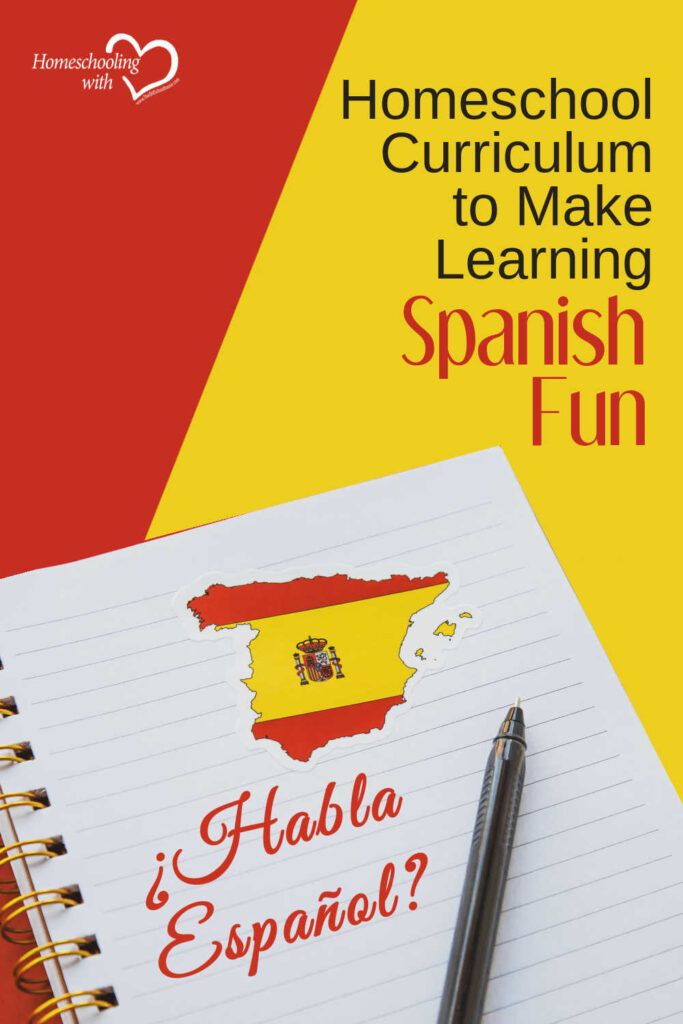