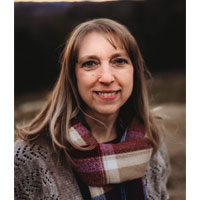 Angela’s primary role at The Old Schoolhouse® is to oversee the general operations of the company, including all financial-related functions. Angela first came to The Old Schoolhouse® in February 2007. Angela and her husband live in the central Kansas area. The Quigleys started homeschooling when their oldest was in first grade. Angela says, “I was one of those that started with the thought that everything had to be like ‘school.’ I have learned a lot since that first year and am so thankful for the many dedicated homeschoolers who share their stories and personal challenges in each issue of The Old Schoolhouse® Magazine. What a blessing and encouragement you have all been to me.” The Quigleys have now graduated both of their daughters. Besides work at TOS, you can find her quilting, shopping, cooking, reading, bird watching, singing, and spending time with her hubby of over thirty years. Her favorite time of the day is dinnertime around the table with family! Angela says, “My mission at TOS is to see the gospel of the Lord Jesus Christ furthered and homeschoolers inspired to do their greatest work ever—raising children who want to serve the Lord with their whole heart.”

Charlotte Gochnauer – Assistant to the Director of Sales 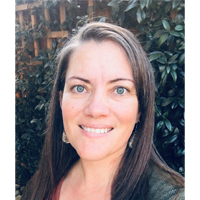 Charlotte lives in Northern California with her best friend, who also happens to be her husband of 25 years. As a second generation homeschooler, teaching their four children has been a main part of her life. Her son and two daughters have graduated from high school and have moved on to college and beyond, so she is enjoying the one-on-one time with her youngest daughter, who is in high school. When not schooling she is busy with 4-H lambs and goats, reading, cooking and spending time with her family and church. You can find Charlotte’s blog at Joyful Hearts and Faces. 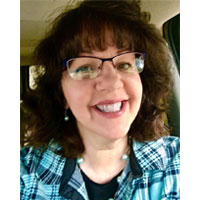 Diane Heeney has served The Old Schoolhouse® Magazine for over six years as Advertising and Sales Team Facilitator. She and her husband have been married for 30 years. They have three children aged 26, 21, and 16, who have all been homeschooled. Diane enjoys writing, podcasting at The Quiet Rest Podcast, speaking at retreats and conferences, and photography. Christine Hindle is a homeschooling grandmother who travels with her daughter’s military family. She has taught her daughter’s children from preschool to present. Christine has a Masters Degree and has worked for a federal agency in Washington, DC; in the accounting department of a major oil company; and worked as a substitute teacher while the family was in Germany. She considers homeschooling her highest calling of all. Christy Acre works with the Sales Support Team and enjoys doing a variety of tasks with The Old Schoolhouse®. She lives in Pennsylvania with her husband, Darin, and their two children, Garrett and Hannah. She and her husband felt called by God to homeschool when their son was only two years old and they are committed to seeing both children graduate from home. Christy feels blessed to work for a company that fits so well with her family’s lifestyle. 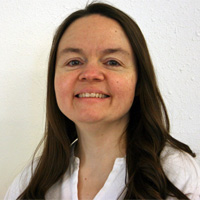 Jenny and her husband, Nathan, make their home in central Minnesota. They have been blessed with two children, both of whom were homeschooled from the very beginning. With one child in college and the other graduating from their homeschool this year, she is finding her niche as an Advertising Sales Representative with The Old Schoolhouse. She also serves as a Junior Mentor to other Advertising Sales Representatives. When she has free time, she enjoys reading, crocheting, and connecting with the people she loves.

Stephanie Carter – Sales Administrative Assistant
Stephanie Carter is so thankful the Lord led her to The Old Schoolhouse® several years ago as an Ad Sales Rep. She has since transitioned and is a Sales Administrative Assistant, as well as working in many other areas including: Planning, assisting, and running webinars, assisting the production manager, and working in the Marketing Department facilitating cross promos and working with the outside sales channels. She and her husband, Scott, are lifelong residents of Northeastern PA with 7 children and 3 bonus children through marriage. Four of her children are homeschool graduates and she is savoring her time left with her last 3. She has many hobbies that she would love to reignite, but she spends most of her free time watching her children play sports, traveling to appointments and advocating for their youngest who has Prader-Willi Syndrome, and caring for a parent in their home with dementia.

Susan Kramer – Advertising Production Manager
As the Advertising Production Manager for The Old Schoolhouse®, Susan feels blessed to be able to use her organizational skills to help support the TOS Sales Team. She lives in North Carolina with her husband, Aaron, and their three children – Adam, Riah, and Mara. After spending 9 years in the public school system, they felt God telling them it was time to bring all three children home for their education and have been loving every moment. 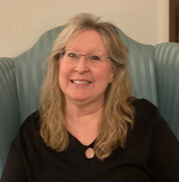 Tambra is from Southern California, but raised her family for 20+ years in Spokane, WA.  She recently moved to Colorado, near the front range of the Rocky Mountains, where she lives with her husband of 38 years and one daughter, who is still at home.  She was a Dental Hygienist in her early years, but became a full time stay-at-home mom once she started a family.   She has three grown children… a married son, (and a sweet daughter-in-law and two little granddaughters), and two daughters, who are both working on college classes. She began homeschooling in 1995, and after 25 years, she “retired” when she graduated her youngest in 2020.  During her homeschool journey, she led a local support group, ran a large co-op, and was a homeschool conference speaker in WA state.  In 2017 she began working in the Sales Dept. for The Old Schoolhouse® Magazine as an Advertising Sales Rep.  She then became part of the Sales Training & Development Team in 2020, where she has since worked as a mentor to new Sales Reps.  She loves all things motherhood and homeschooling and considers The Old Schoolhouse® one of the richest blessings and most useful resources the Lord provided during her homeschooling years, and she is so happy to be a part of the TOS family/team.

You can find more information about our advertising possibilities HERE.