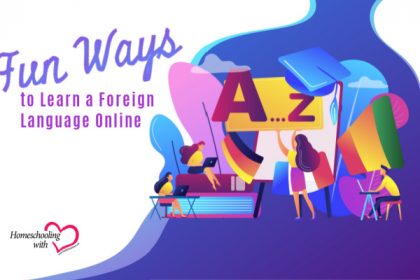 When my children were younger, I thought my kids should learn Spanish. So, I tried several CD-ROMs, books, and even a couple of community classes to make this happen. At that time, you couldn’t do foreign language online. I didn’t pursue it just because learning a second language is a good idea. I had deeper, more compelling reasons. You see, my husband is bilingual. His parents immigrated here from Colombia just before he was born. So, his parents and all his aunts and uncles speak Spanish. We dreamed of visiting his extended family someday and of course, it would be that much better if the kids were bilingual, too. The problem was that I am not bilingual and I was the one home with them all day. You might argue that he should’ve spoken only Spanish and I should’ve spoken only English as a means to accomplish our goal. But, we didn’t think of it at the time. Anyway, my younger daughter decided to pursue Spanish as part of her high school curriculum. It gave me the opportunity to revisit the whole foreign language thing. Unlike her older siblings, she now has more choices because of foreign language online offerings. There are three main ways to learn a foreign language online—self-paced, interactive game, and live class.

This option of learning a foreign language online is like the old CDROMs, books, and videos. Remember The Learnables and Rosetta Stone? One of the best things about these programs is that you can work at your own pace, skip around if you already know some vocabulary, and they’re generally affordable. Some have an interactive component, such as video or games. Some options are almost like taking a live class, such as SchoolhouseTeachers.com. SchoolhouseTeachers.com offers American Sign Language, several levels of Spanish, French, Beginning Latin, and here’s one you don’t see too often, Latvian.  Most of these have a video component and/or an audio component and are meant to be completed sequentially, just like a live class.

The biggest downside to self-paced foreign language online classes is that it’s difficult to practice the language with classmates. If you have questions, it might be hard to contact the teacher for answers. This option works best if the whole family is learning the language at the same time so they can practice with each other. Or, if you have a local conversational language meet-up of some sort, that might work, too.

This is a fun foreign language online option that makes a great supplement to a self-paced or live class. It is also a fun way to introduce a foreign language to young children. My oldest son has used such games to get a feel for a language before committing to more serious study. And, my oldest daughter has used this method to learn a few words to get by in ethnic neighborhoods around our house. Another way to use foreign language online games is to get practice with vocabulary learned in classes. Even though most games are supplementary, some interactive games are quite extensive and teach a lot of grammar and vocabulary, such as Duolingo.

This is, of course, the best way to learn a foreign language online if you don’t have access to in-person classes. It is usually the most expensive and time-intensive option as well. However, if you really want to learn a language, practice it often, and have access to the teacher, this is the best option. My younger daughter chose to learn Spanish through a local in-person homeschool co-op class. For a while, that class met online but the students still enjoyed many of the same benefits as when they got together. Her retention of the Spanish she’s learned has been excellent compared to what her older siblings remember from the CDROMs.

Now, if I could just get my youngest son interested in learning a foreign language online… Maybe he’d be interested in Latvian so he could confound and amaze his friends. 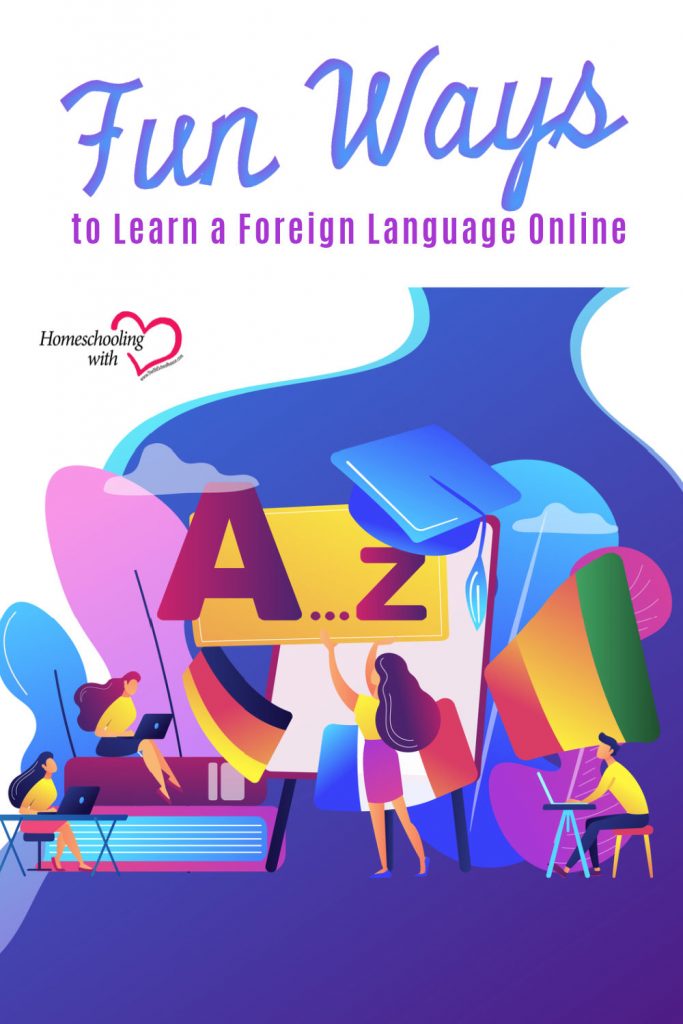