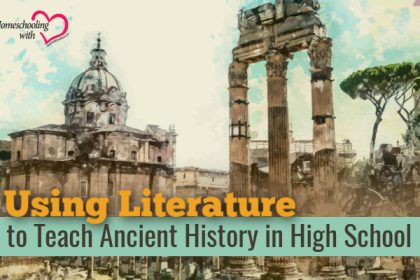 Many of us use a curriculum to teach history; but using literature to teach history can be a great teaching tool. I am continuing this history literature series with some of the best books to teach ancient history. Students in ancient times, sitting by candlelight, actually read history through literature. There simply was no other way of studying history, and the subject has effectively been taught this way ever since. Using literature to teach history illuminates the time period, helps integrate your history curriculum, and enriches social studies. With my love for literature and history, it only makes sense to combine the two so I have gathered some of my favorite books that teach ancient history in high school.

Mara, Daughter of the Nile by Eloise Jarvis McGraw is a compelling story of adventure, romance, and intrigue, set in ancient Egypt. Mara is a proud and beautiful slave girl who yearns for freedom. In order to gain it, she finds herself playing the dangerous role of double spy for two archenemies – each of whom supports a contender for the throne of Egypt. Against her will, Mara finds herself falling in love with one of her masters, the noble Sheftu, and starts to believe in his plans of restoring Thutmose III to the throne. But just when Mara is ready to offer Sheftu her help and her heart, her duplicity is discovered, and a battle ensues in which both Mara’s life and the fate of Egypt are at stake.

The Cat of Bubastes by G.A. Henty is a historical novel about a young prince Amuba who becomes a slave when the Egyptians conquer his people, along with his faithful charioteer Jethro. The lads become involved in a mystery as they begin to uncover evidence of a murderous conspiracy within the ranks of the priesthood. However, before they are able to prevent it, they are forced to flee for their lives when they accidentally cause the death of the successor to the Cat of Bubastes, one of the most sacred animals in Egypt. With Jethro as their guide and protector, the boys make plans to escape from Egyptian territory and return to Amuba’s homeland.

Caesar’s Gallic War by Olivia Coolidge is a companion book to Caesar’s Commentaries on the Gallic War. This book gives all the information that Caesar left out – the background, the character, the description, the action of war – in a way that makes sense today. Using a fiction narrator named Octavius and drawing on archaeology and classic research, Coolidge has brought much-needed drama to this history and fleshed out the warrior chieftains, common soldiers, politicians, and of course the supreme commander who made it.

Quo Vadis by Henryk Sienkiewicz is a historical novel set at a turning point in history as Christianity replaces the era of corruption and immorality in ancient Rome. This book abounds with compelling characters, including Vinicius, the proud Roman centurion who has fallen in love with a mysterious young woman who disappears the night they meet; Ligia, the beautiful Christian woman; Petronius, Vinicius’s uncle who scoffs at love and religion but finds his nephew’s passion charming; and Nero himself, enemy of all Christians, a despotic emperor who plunges Rome deeper and deeper into depravity. The decadence of his banquets is staggering; and even worse, his mad laughter is heard echoing in the amphitheater as gladiators duel to death. As Nero’s appalling plans for Christians becomes ever clear, time appears to be running out for the young lovers. Vinicius must come to understand the true meaning of Ligia’s religion before it is too late.

D’ Aulaire’s Book of Greek Myths by Ingri and Edgar D’ Aulaire tells of the gods, goddesses, and legendary figures of ancient Greece – mighty Zeus, with his fistful of thunderbolts; gray-eyed Athena, goddess of wisdom; Helios, the sun; and greedy King Midas. In a relaxed and humorous tone, this book brings to life the myths that have inspired great European literature and art throughout the ages. 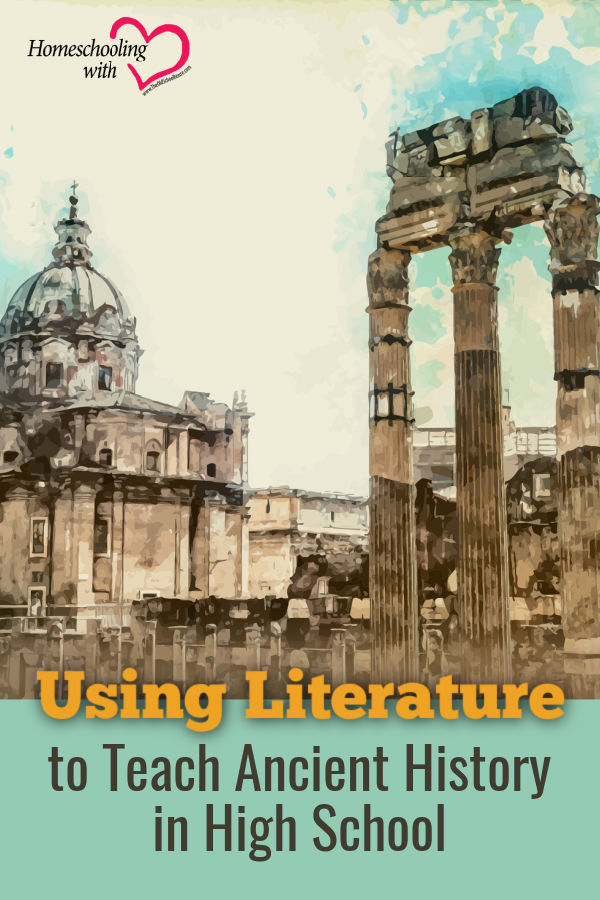