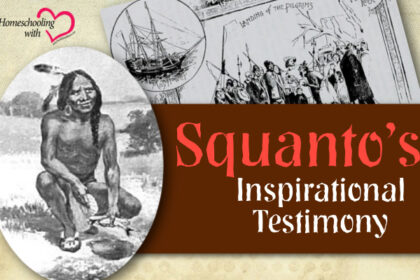 At Thanksgiving, we often remember the Pilgrims of Plymouth, Massachusetts, and their godly heritage. Squanto often appears in these stories as the Native American who taught them to grow corn. Yet, this godly man has a testimony that continues to inspire me.

So, let’s go back to that first winter after the Pilgrims landed.

On that first Christmas Day in Massachusetts, the Pilgrims were building huts to live in. It was only the beginning of a rough winter. Throughout the following month, many Pilgrims lost loved ones to death. It was heartbreaking. They tried to keep their spirits up, but it was a tough season.

You see, because they had lived on a diet of hard tack and dried, salted meat, many of the settlers suffered from scurvy when they arrived at their new home. In their weakened state from scurvy and malnutrition, many of the new settlers caught pneumonia. Half of the population died that first winter. It was very hard and discouraging for those brave souls.

When spring came, God brought the Pilgrims two friends who would be a blessing to them. The first was a Native American named Samoset. Shockingly, he spoke English! Samoset’s story included traveling with English fishermen who also traded beaver furs. These traders taught Samoset English.

God brought another Native American friend who called himself Squanto.  Squanto’s life had been a grand, exciting adventure! Okay, well, let’s be honest. Squanto went through a lot of trials before he met the Pilgrims.

Years earlier, before the Pilgrims landed, Squanto was kidnapped by Spanish conquistadors with some other young men from his tribe. Taken from Massachusetts to Spain, he was sold into slavery. Squanto did not know God, but He was watching over Squanto and did not abandon the young man.

Spanish monks who hated slavery bought Squanto. They treated him with kindness and talked to him about the Lord. These monks led him to Christ and taught him to read and write. Finally, they asked an Englishman who was heading home to take Squanto with him and send him home to Massachusetts.

The unknown-to-us man kept his word to the monks. He got Squanto on a ship bound for his homeland.

Unfortunately, when Squanto arrived home, he faced more heartache, discovering his whole tribe had died of a terrible disease. He alone remained.

At this point, I think of Daniel and Joseph from the Bible. Daniel was captured by the Babylonians, a slave in a foreign land. Joseph was sold into slavery by his brothers. Both rose above their circumstances to serve others by keeping their eyes on the Lord. And God was with them, just as He was with Squanto.

Like Daniel and Joseph, Squanto refused to become bitter. After grieving, he saw an opportunity to serve the European settlers in Plymouth.

He helped the Pilgrims by negotiating with the Native American chief Massasoit. Squanto was their interpreter in those early years. Eventually, a peace treaty was signed between the Native Americans and the colonists which was maintained for fifty years.

The Pilgrim’s Bond with Squanto

The Pilgrims were so grateful for Squanto. They saw him as a gift from God to them in a time of desperate need. They also saw him as a friend and brother in the Lord.

There was a bond between the Pilgrims and Squanto. They had both lost loved ones but still trusted God. They had both endured trials but pressed on and continued to live productive lives for the glory of God.

A Life Lesson for Christian Families

As you look through the pages of history with your children, you will discover that many times the people God uses to change history have gone through gut-wrenching, heart-breaking times. Yet, there is something that trials do in our hearts to draw us closer to Jesus.

We are changed through difficult times. If we keep our eyes on Christ, the Author and Perfector of our Faith, we will become more like Him.

That is why at Thanksgiving we can thank God for our own trials along with those trials that godly men and women of history endured because God used difficult times to build leadership qualities that made them great.

Are you on the Potter’s Wheel right now? Is God using trials to build godly character traits in you? Don’t give up! His work in our families is beautiful even when it’s hard.

The Lord is my strength and my shield; My heart trusts in Him, and I am helped; Therefore my heart triumphs, And with my song I shall thank Him. (Psalm 28:7 NASB)

To learn more about Squanto, here are a few resources:

Meredith Curtis, homeschooling mom, writer, speaker, and publisher, loves to encourage families in their homeschooling adventure. She is the author of Travel God’s World Geography, Travel God’s World Cookbook,  and HIS Story of the 20th Century. You can check out her books, curricula, unit studies, and Bible studies at PowerlineProd.com. Read her blogs at PowerlineProd.com and listen to her at Finish Well Podcast. 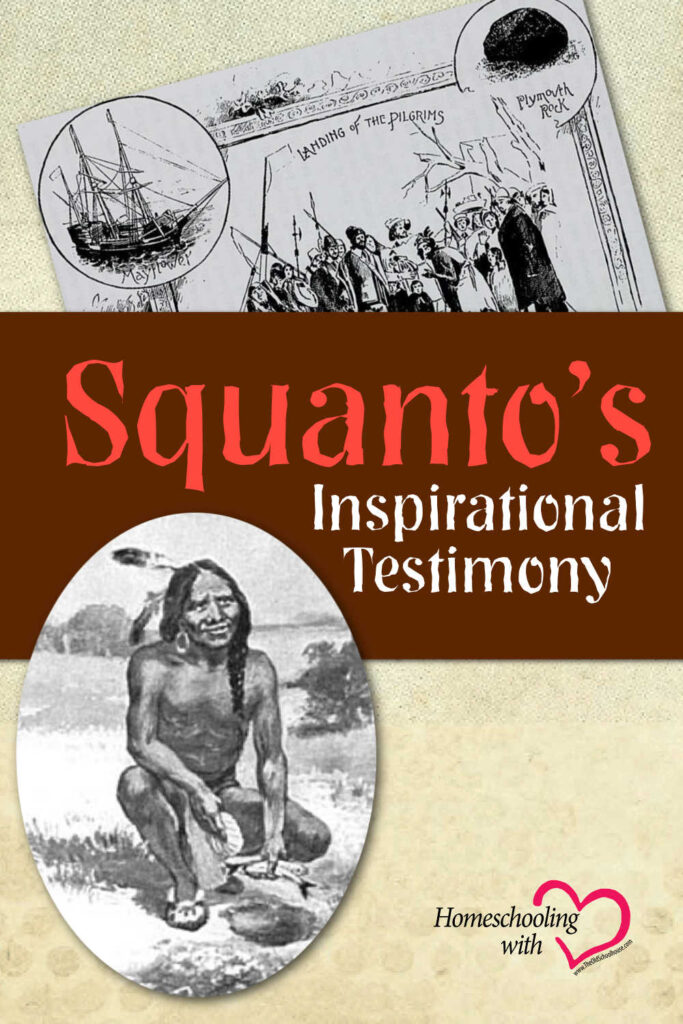