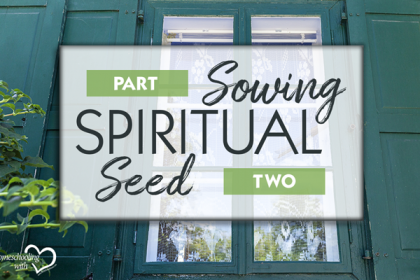 One of the great influences used of God during this time of seeking in William’s life was pastor and celebrated hymn writer John Newton. John himself was a man who had started life with a gentle hand guiding him in paths of righteousness. His mother, Elizabeth Newton, was a sickly woman, but this did not hold her back from training her only child in the admonition of the Lord.

“I was her only child; and as she was of a weak constitution and retired temper, almost her whole employment was the care of my education…she stored my memory, which was then very retentive, with many pieces, chapters, and portions of Scripture, catechisms, hymns, and poems…Though in the process of time I sinned away all the advantages of these early impressions, yet they were for a great while a restraint upon me; and they returned again and again, and it was very long before I could wholly shake them off; and when at length the Lord opened my eyes, I found a great benefit in the recollection of them. Further my dear mother, beside the pains she took with me, often commended me with many prayers and tears to God; and I doubt not that I reap the fruit of it to this very hour.” Days before his seventh birthday, John lost his mother and eventually became a hardened sailor who sinned harder than he sailed. Yet, the prayers and labor of his mother were not in vain. John Newton would not only return to Christ and become a minister, he would pen many hymns including the beloved “Amazing Grace”.

Like Hannah Wilberforce and Elizabeth Newton our time with young hearts is short. What are we filling them with each day? Is it simulation and vanity from a smartphone or God’s holy word which is able to make them wise unto salvation? If we would make an eternal return, let us make eternal investments.