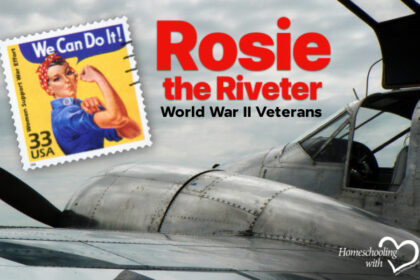 November 11 is the day we honor women and men who have served in our military. And honor is due them. This is a good time to also think about and honor the civilians who served our country during wartime. There are many examples of those supporting the military throughout our history, especially women. Rosie the Riveter is the icon of such service.

Rosie made her first appearance in 1942. A song written by Redd Evans and John Jacobs, made popular by big band leader Kay Kaiser, was a tribute to the women working as “soldiers of production.” In the same year J. Howard Miller created the first visualization of Rosie for a Westinghouse campaign to boost morale and production. It’s said this image was based on a wire service photo of seventeen-year-old Geraldine Hoff who worked as a metal-stamping machine operator. At this time, this famous poster wasn’t named Rosie and was only used for a two-week period in 1943 within Westinghouse. In 1943, Norman Rockwell put Rosie on the cover of Saturday Evening Post. Because of the mass distribution of the magazine, this image became hugely popular and was loaned to the U.S. Treasury Department for war bond drives.

1942 saw the recruitment of women into active war effort activities. In the beginning, women were hired to fill the administrative or office jobs so more men could work the assembly lines. As the war ramped up, women were needed in the industrial jobs as well. In September of that year, Secretary of War Harry Stimson announced his plan to double the number of women hired in wartime jobs. Already that year, skilled women in War Department went from 3% to 10%—with almost 35% of unskilled workers being female. Women made up 65% of aircraft industry workers during the war.

In addition to the industrial jobs, women served the country in other ways during World War II. For example, Women Airforce Service Pilots (WASPs) were civilian pilots who ferried aircraft from factories to military bases and between bases. They also towed drones and aerial targets for training. These were the first women in history trained to fly military aircraft. Women also took up other traditionally male jobs during the war such as bank tellers, bank managers, accounting, engineering, and Western Union, to name a few. Women also worked in clothing and tent manufacturing. Many women took up running farms and family business when husbands and sons went off to war.

Not all Rosies were paid for their work during war. Women volunteered with the Red Cross in military hospitals, worked together to roll bandages, and collected metal and other wartime commodities. It was often the women who tended the Victory Gardens, which not only fed families but also often provided produce to local markets. Women served as plane spotters and sub spotters on both coasts. One woman in Kansas became the town’s alarm clock—giving wake up calls to factory workers who had no alarm clocks. Clocks weren’t readily available for purchase during the war.

Eugenia Holman, a Redstone WOW (that is, Woman Ordnance Worker) explained her reasons for doing defense work in an open letter to a “friend” published in the Redstone Eagle post newspaper in May 1943.

I remember when I came to work here last April. I wanted to win the war, naturally. Who didn’t?… I thought of it in kind of an abstract way. Something that had to be done, but mostly by the boys at the front. You see, I hadn’t learned then about the battles of production and assembly lines as I have now. I hadn’t learned of the vital necessity of every able-bodied person doing their share no matter how small, and working! working! working!…

And when… [my husband] and my brother and my cousins and all the other boys come back home, I want to be able to look them in the eye with a clear conscience and say, “I did all I could.”

After the war, women were expected to return to their homes. Many Rosies’ husbands died during the war so it wasn’t uncommon for them to keep working but in more traditional pink-collar jobs.

Learn about Rosie the Riveter

Rosies have been honored with numerous memorials around the country.

Many of our families have a Rosie. Before dismissing the idea because your grandmother may not have worked in a munitions plant, welded aircraft wings, or ferried planes, consider some of these questions.

Susan K. Stewart, Managing Editor with Elk Lake Publishing, teaches, writes, and edits nonfiction. Susan’s passion is to inspire readers with practical, real-world solutions. Her books include Science in the Kitchen, Preschool: At What Cost?, Harried Homeschoolers Handbook, and the award-winning Formatting e-Books for Writers. Her latest book, Donkey Devos: Listen When God Speaks, was released last summer. You can learn more at her website www.susankstewart.com. Join Susan and other homeschoolers at Harried Homeschoolers Facebook group.

Science in the Kitchen https://www.susankstewart.com/books/science-in-the-kitchen/ 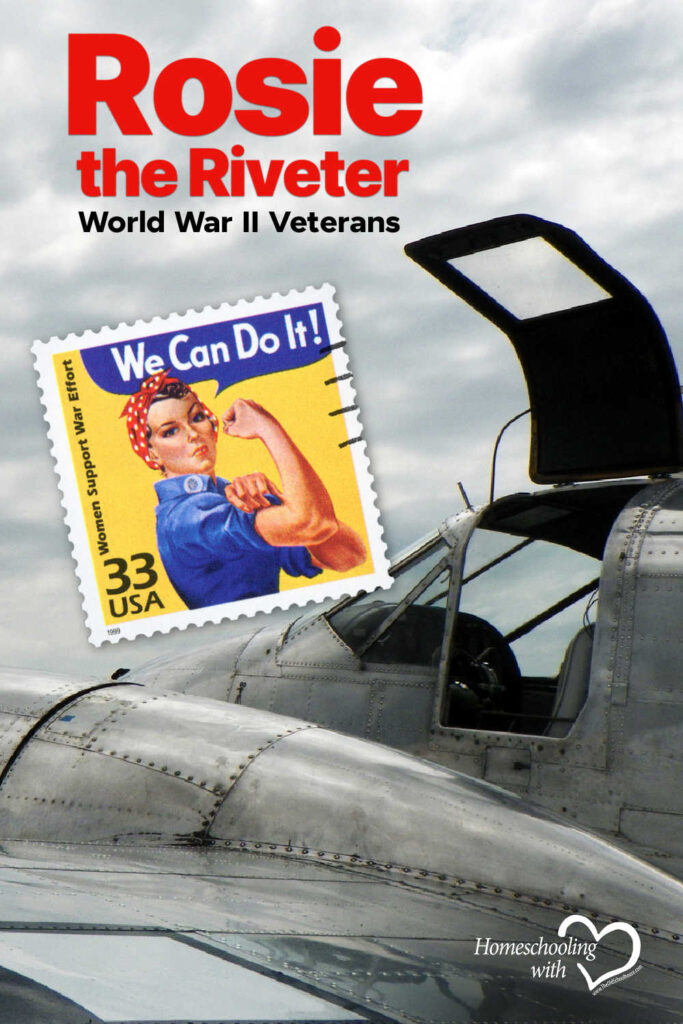