Don’t Fall Into the Comparison Trap 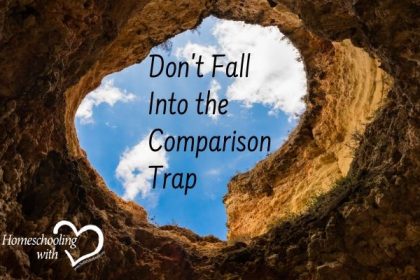 I belong to an online support group for mothers of pediatric stroke survivors. Periodically, a post will appear from a mom who took her child to a playground and was upset because children of a similar age or younger could do things her child can’t do yet. When these posts appear, I respond by warning them not to fall into the trap of comparing their child to the typical children around them, as it is an unfair comparison and will only lead to discouragement. Instead, I suggest that they celebrate the things that their little one has achieved so far and expect that it will take them longer to learn certain skills, but most of it will come in time.

Although my words may be true, I understand that it’s much harder to see these things when you are walking through them. You can’t help but worry that your child’s milestones aren’t on track and to wish that they didn’t have something holding them back. Part of it is an awareness that people around you may not realize that your child has a disability and are silently judging. Even those who are close to you sometimes forget that your child has challenges or are uneducated about all the symptoms that may be related to their diagnosis and will rudely point out your child’s weak areas.

When you are homeschooling, the weight of that falls even more heavily on your shoulders. There are those people who already have a mission to prove that homeschooling can’t work, that you are incapable of teaching your own child. They’ll put them on the spot and quiz them, trying to validate their point of view. This is a challenge that homeschooling parents of typical children face as well. This may make you feel defensive, maybe even a little fearful. What if they’re right? What if I am failing my child?

This is the moment that you should stop, take a deep breath, and pray for guidance. Ask God to show you if there is something that needs to be addressed or changed or whether your child just needs some more time to develop at their own pace.

You can also ask God to reveal to you the motivations of the person who is criticizing you. There are many people who walk through life trying to make themselves feel better by putting others down, oftentimes by pointing out the things they are the most insecure about. When someone attacks you or your child in this way, it’s good to take a step back and consider their motivations before you take their comments to heart.

If there is an area where your child is struggling, it is helpful to keep in mind that there is a wide range of what is considered “normal” to develop certain skills, even when there aren’t any disabilities to contend with. I have a child who barely said a word until he was two years old – when he suddenly began speaking in sentences. His three siblings grew up in the same home environment, but all spoke at a younger age than he did. They weaned at different ages, walked at different ages, were potty-trained at different ages, read at different ages. Each child is an individual. In my personal experience, when they meet a milestone often has nothing to do with their intellect either so what’s the point of comparing, except to discourage yourself or them? They’ll get there when they get there.

On the other hand, there are times that there may be a challenge to be addressed. That’s where prayer and humility come in. I have a son who really struggled to read. There was a person who made unhelpful, negative comments about this along the way which, of course, made me plod along the same path, determined to prove her wrong. Eventually though, I started noticing differences between the way he learned and the way his sister learned that began to make me wonder if there was something else going on. I prayed about it, and God put it on my heart that this had something to do with his stroke. After having him evaluated by a speech language pathologist, a learning disability was diagnosed, and he was able to get the therapy and change in learning methods that he needed in order to become a fluent reader.

That is why prayer is so important as a homeschool mom. God sees that which we do not. It could be a problem that needs to be dealt with, or it could just be something in someone else’s heart that they need to deal with. Asking God to reveal to us whether we are on the right path or need a little change in direction is invaluable.

If I could go back in time and give myself advice a few years ago, it would be to pray about the problem but not to worry. Worrying doesn’t make that thing you are waiting for happen any sooner. Also, I would tell myself not to compare my children to others.

Comparison is a thief of joy. No matter how good a job you do at parenting or homeschooling, there will always be a child out there who is more advanced or gifted at something than your child is. It’s part of being human. You cannot be perfect at everything. I encourage my own children just to do their personal best at whatever is put before them. If a disability is present, it’s even more important to have that mindset because it is possible that there are some things that they will never be able to do at the level that a typical person can. In the end, it’s better to focus on the gifts that God has personally given them and to celebrate what He has helped them to overcome thus far. He has a purpose for their lives just as He does for ours.

“Be anxious for nothing, but in everything by prayer and supplication, with thanksgiving, let your requests be made known to God; and the peace of God, which surpasses all understanding, will guard your hearts and minds through Christ Jesus.” – Philippians 4:6-7 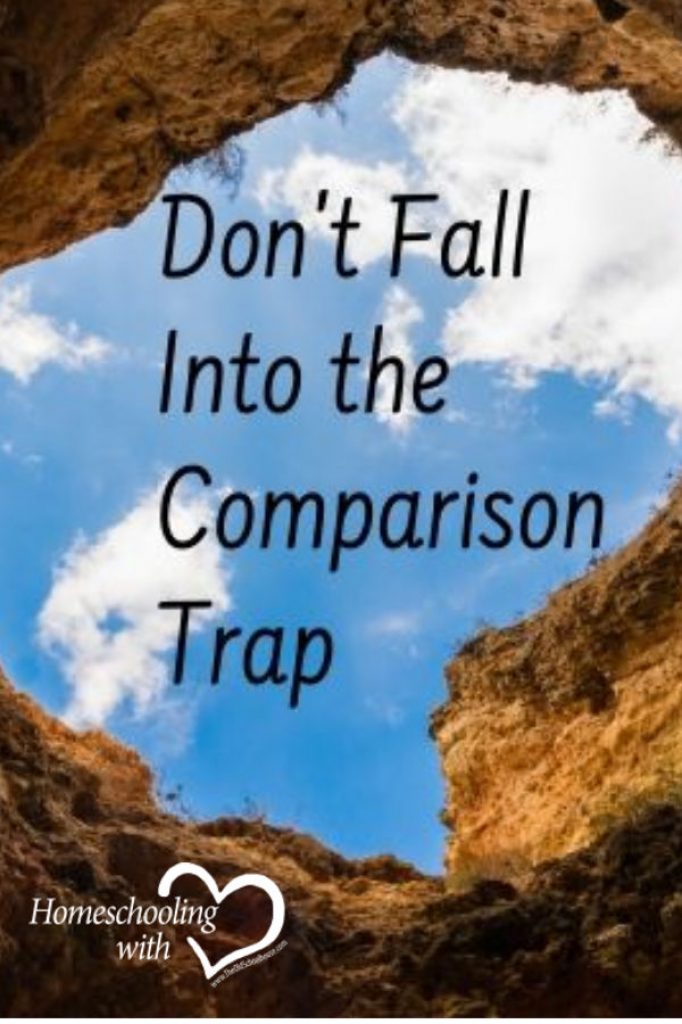 Share on FacebookShare on PinterestShare on LinkedInShare on TwitterShare on PocketShare on Email
Tagged under: don't fall into the comparison trap, heather eberlin, homeschool, homeschooling

2 Comments to “ Don’t Fall Into the Comparison Trap”