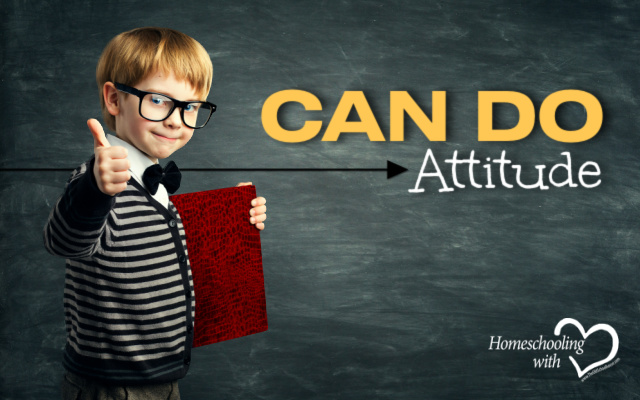 I often tell students that are concerned about their ability to pass one of my Spanish classes that there is only one type of student who fails my class: somebody who gives up. I teach Spanish at two Preschool – 12th grade schools in northern Kentucky. I taught over 300 students online for KET (Kentucky Educational Television). I also have two Spanish classes online (Spanish 1 and 2). Over the years, I have had the opportunity to teach Spanish to students from kindergarten all the way up to twelfth grade. Some students have done very well in my class, passing every test and quiz on the first try, some without even having to study. Others have struggled just to pass the class. The good news is, as I mentioned, those that kept trying, even when it was difficult, in the end succeeded. Why? I can help students that are willing to keep trying until they succeed. Sadly, I can’t do anything for students that refuse to take or retake assessments, as much as I would like to. Contrary to what some of my students think, I don’t give them grades, and I really have very little control over their grades. The grades that they receive in my class are a direct result of their effort and participation in my class. I’m not like the college professor who told me that one time she was so behind in her grading that she took all of her students’ ungraded papers, threw them down the steps in her house, and then gave them a grade based on the step on which they landed.

Most things in life end better when we have a “can do attitude.” We trust in our own ability to succeed in what we’re doing and know where to look for help when we struggle. This reminds me of one of my college professors. His name was Dr. Al Frager. If you wanted to be able to teach reading (which I chose in addition to Spanish because it only required four additional classes), you had to take his classes. He gave us an assignment each week that required us to read a large document and then write a 4–6 page paper based on what we read. That was bad enough. What made it worse was that each paper was only worth 4 points. That means if you earned a 3 out of 4, you earned a 75%. It was tough. The first week, I earned a 3 out of 4. The next week was worse. I only earned a 2.5 out of 4. That was a 64%. I knew something had to be done. I scheduled time to speak with the professor in his office and asked him what I needed to do in order to receive a perfect score of 4 out of 4. He told me what he wanted, and from then on, I tried to do exactly what he asked. As a result, most of my papers were a 4 out of 4 from then on.

For some reason, he took a picture of all the students in the class. If memory serves me, we started with 16 students. By the end of the semester, only 9 were left. The rest gave up and dropped the class. As they left the class, I marked out their pictures with a red pen: another victim of Dr. Frager’s class. The good news was that he told us at the end of the class that he was going to reward those of us that stuck with it by bumping up the grades of those left to a C if their grade was below that level.

As a Christian, I try to maintain a positive attitude, especially when it comes to doing God’s will and being the type of person that He wants me to be. Satan wants us to give up and give in to worldly pressures and selfish, unholy desires. He wants us to blend in with the world around us instead of living our lives after the holy standard that Jesus set for us in His perfect life and His sacrifice on the cross. When tempted to give up and give in, we can use the following Scriptures to remind us of the promises that God gives His Church:

1 John 4:4 “You are from God, little children, and have overcome them; because greater is He who is in you than he who is in the world.” (NASB)

Philippians 4:13 “I can do all things through Him who strengthens me.”

Matthew 19:26 “And looking at them, Jesus said to them, ‘With people this is impossible, but with God all things are possible.’”

As Christians, we don’t have to give up, because we have God on our side and His Holy Spirit in our hearts (Acts 2:38). Jesus defeated Satan and the grave when He rose from the dead. God has given us everything we need to be the people that He has called us to be (2 Peter 1:3). We just have to take advantage of the blessings that He has given us, stay faithful to Him, His Church, and His Word, and come to Him for grace when we fail. Those that stay faithful until death have a promise of eternal life (Revelation 2:10). Things we couldn’t do on our own are possible because He is with us. 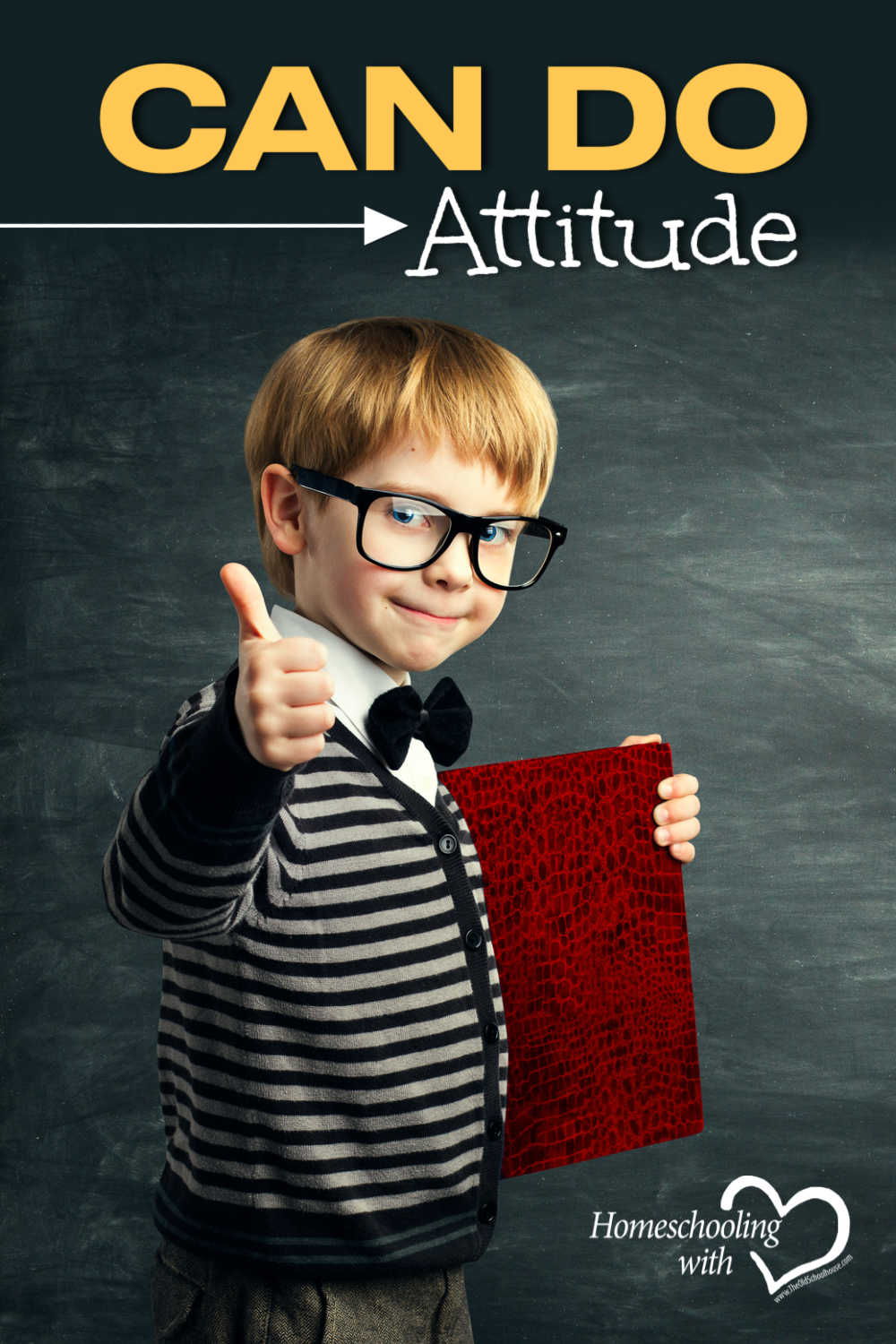 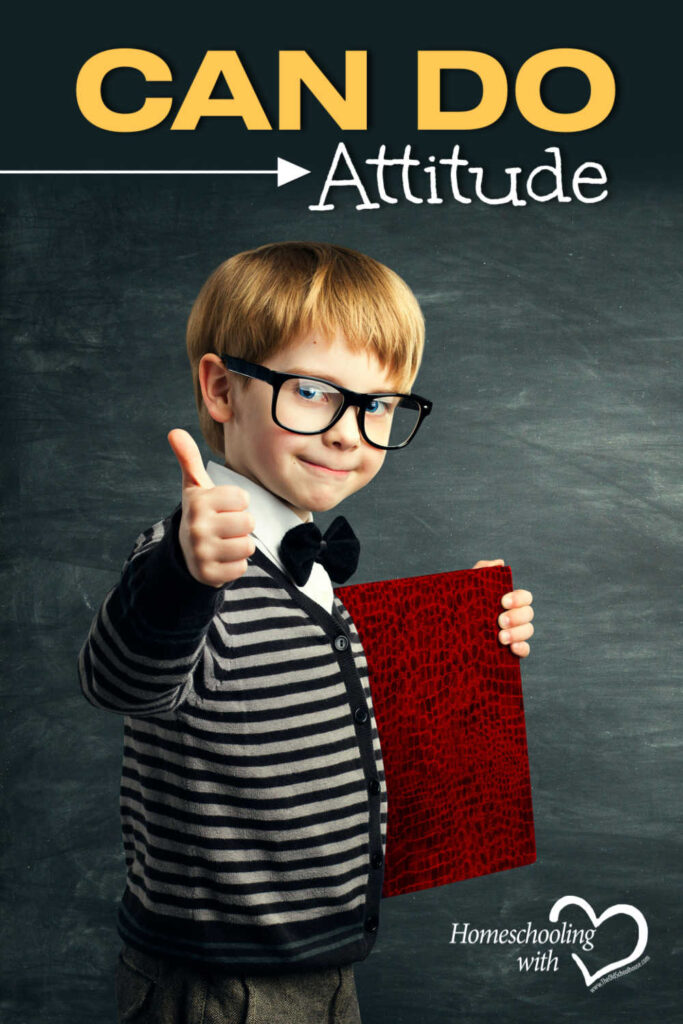 Share on FacebookShare on PinterestShare on LinkedInShare on TwitterShare on PocketShare on Email
Tagged under: attitude, dan hildebrand, homeschool, homeschool group, homeschooling, persistence