Saskatchewan - The Centre of the Prairies 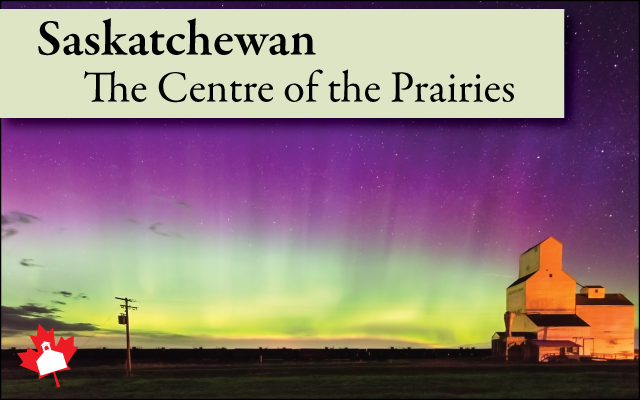 Landlocked in the middle of Canada, Saskatchewan is bordered by Alberta, Manitoba, Nunavut, and the Northwest Territories. Saskatchewan is the only province without a natural border and has quite a distance to the bodies of water surrounding Canada.

The beautiful prairies provide unending horizons and serenity. There are many areas to explore and history abounding in this less visited province.

A Highlight of History

The history of Saskatchewan began with the indigenous groups. The Dene, Algonquin, and Cree were the first inhabitants of the area that would become Saskatchewan. In 1670, the land was claimed by England as part of the Hudson Bay Company, yet exploration of the area did not occur until the 1690s and the first settlements did not begin until the 1770s.

Population growth occurred with the addition of the Canada Pacific Railway which went through the now capital Regina. The railway brought new settlers from Europe in hopes of purchasing cheap land.

In 1905, Saskatchewan became a province and population grew substantially due to farmers’ immigration into the province. In the 1920s, Saskatchewan was the third most populous province in Canada. It was not until the late 20th century that the population moved from farms to cities.

The Tastes of Saskatchewan

Food is quite diverse in Saskatchewan, from berries to dried meat and everything in between. Here are a few famous foods from the area. Top Five Experiences to Have in Saskatchewan

The prairie landscape, boreal forest and diverse wildlife of Saskatchewan offers some of the most alluring natural settings in our great land of Canada. These top five picks of places to see are mainly nature-based, but the 100+ year old man-made tunnels in Moose Jaw hold an exciting history that must be experienced.

The natural beauty of Saskatchewan in the landscapes paired with the city centres make it a great place to visit and explore. But if you can’t visit, there is lots to learn and enjoy about the unique qualities of this province. See all the great resources from The Deliberate Mom for a great unit study on Saskatchewan and more teaching options at Teachers Pay Teachers.