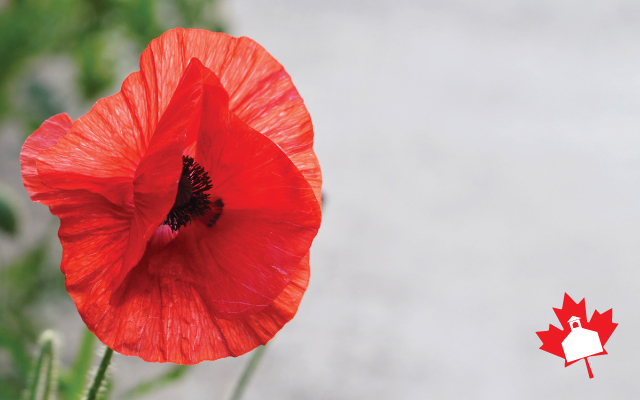 Every year on November 11, Canadians celebrate Remembrance Day. The main symbol that has been adopted is the red poppy. The vision left after the war was the many graves of fallen soldiers marked with a simple cross and red poppies growing between them. The poppies flourished across France and Belgium as a result of the debris caused by the First World War, making the soils rich in lime.

The image of the blooming flowers among the marked graves was moving to many people. This growth showed the tenacity of the poppy, which is technically a weed. Weeds are known for surviving despite their obstacles. In a poem penned by John McRae, he calls for the others to take up the call to fight against injustice. It was a call and a reminder to keep moving forward and to fight the good fight with faith. McRae, a doctor serving with the Canadian Artillery, captured this vision in his famous poem called “In Flanders Fields” in 1915.

In Flanders fields the poppies blow

Between the crosses, row on row,

That mark our place; and in the sky

Scarce heard amid the guns below.

We are the Dead. Short days ago

Loved, and were loved, and now we lie

Take up our quarrel with the foe:

To you from failing hands we throw

The torch, be yours to hold it high.

If ye break faith with us who die

We shall not sleep, though poppies grow. 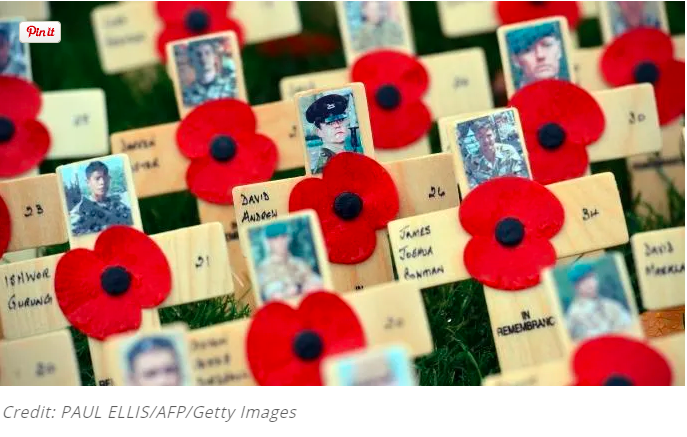 There were many renditions of the poem in song form throughout the years too. You can hear one rendition here:

On November 9, 1918, Moina Michael, on duty at the YMCA Overseas War Secretaries’ headquarters in New York, read John Mcrae’s poem and was deeply moved. She made a promise to always wear the red poppy of Flanders Fields as a sign of remembrance and for “keeping the faith with all who died.” She began making red poppies made of silk to sell in an effort to raise funds for returning veterans.

In 1920, Anna Guérin, known as the French Poppy Lady, attended the national American Legion convention, representing France’s YMCA Secretariat. She was inspired by Moina Michael’s idea of wearing the poppy as a memorial flower and wanted to expand the idea for a bigger purpose. Following Michael's idea to make artificial poppies to be sold to raise money, Guerin decided the money would go towards helping orphaned children and others who had been greatly affected by the war.

In 1921, Guerin visited Canada and convinced the Great War Veterans’ Association, the largest of several Canadian veterans’ groups, to adopt the poppy as a symbol of remembrance. The Canadian Legion, formed in 1925, continued this connection. The poppy was worn on the left lapel and close to the heart to recognize the sacrifice of soldiers in times of war. They were initially made by disabled veterans and the proceeds of sales, then and now, go towards funding veterans’ needs.

The poppy remains an enduring symbol of remembrance in Canada, Great Britain, the nations of the Commonwealth, and in the United States for those who served or fell in service of their country.

The very first poppies were made of fabrics such as silk. Here is an example of one from 1921: 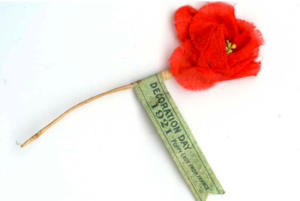 Later on, some poppies were made from paper in the UK. However, to be able to withstand Canadian weather, plastic was used to create the ones we wear today. 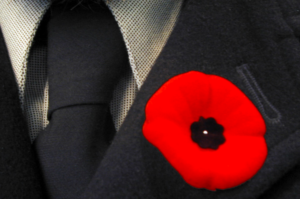 An artificial poppy with a black centre.

For this craft, we will use pipe cleaners to make a poppy. Here’s what you’ll need for one poppy:

Watch how to make it:

You can find more information and resources about poppies and our Canadian veterans at The Royal Canadian Legion. 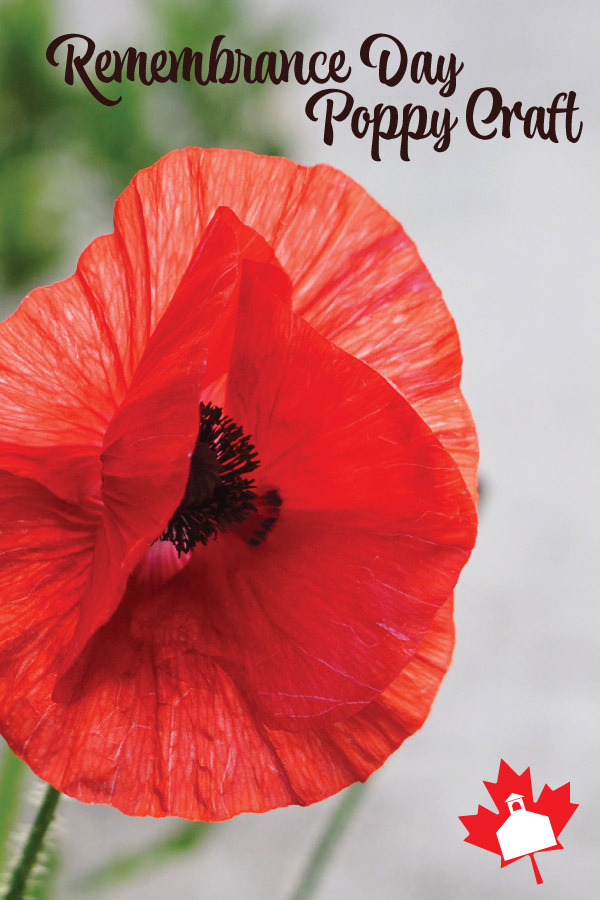