Do you have children that feel intimidated in some areas of their life?

My children were all incredibly shy. They never wanted to speak or perform in front of other people. Yet, they had a lot of good stuff to say and were talented musically.

I was inspired by Caedmon, a British shepherd from long ago.

Let me tell you his story.

Caedmon was one of those wild men on the isle of Britain who gave his heart to Christ. Wanting to serve the Lord but not feeling like he had a real skill to offer, he cared for the sheep at the nearby monastery. He had been a shepherd, and now he was a shepherd for the Lord!

Back in those days, monasteries were a bustling hub in every city. The monks and nuns who lived there prayed, studied God’s Word, and worked hard. Some tended medicinal herb gardens, others performed trades, and folks like Caedmon cared for the animals.

If people were traveling from one place to another, they would often stop at a monastery the way we stop at a hotel today. Royal families sent their children to be educated at monasteries and often dropped by to visit with the priests, monks, and nuns.

On any given evening, the dinner table might be filled with priests, soldiers, students, minstrels, princes, or town folks. After dinner was finished, the storytelling began. Many recited stories in the form of beautiful poems or ballads. Scholars taught Bible truths in easy-to-understand stories. Minstrels sang songs. It was a festive fun time, and everyone got their turn. Everyone, that is, but Caedmon.

Before it was his time to share, he would slink away to the barn.

To learn more about the time Caedmon lived in, read my blog post: Learn about the Middle Ages by Jousting & Feasting at the Medieval Banquet.

The Monastery at Whitby where Caedmon worked was ruled over by Abbess Hilda, a devout and motherly nun. She was a very important leader in the growing British church. She cared for everyone in the monastery like a mother hen cares for her chicks.

She noticed that Caedmon left early every night to avoid storytelling. One night, she noticed him slip away. He went to the barn and stood there silently feeling quite sorry for himself.

In a dream, he heard a voice say, “Caedmon, come sing for me.”

“What shall I sing?” Caedmon asked hopefully. He would love to sing.

“Sing the beginning of created things.”

In the dream, Caedmon sang joyfully many verses from Genesis 1 in praise to God.

When Caedmon woke up, he told his boss all that had happened in the dream. Immediately, his boss took him right to his boss, Mother Abbess Hilda.

She was so excited when she heard him sing the beautiful words and lovely melodies.

“You must sing tonight,” she urged him.

He did sing that night and many nights that followed. He sang through the entire Bible, and people came from everywhere to hear him sing. He sang of the Creation, Genesis stories, Exodus, and the Jews arriving in the Promised Land.

Caedmon is buried on the grounds of St. Mary’s Church in Whitby. His tombstone reads “To the Glory of God and in memory of Caedmon, the father of English sacred song fell asleep hard by 680.” He is remembered today as the Father of English Song.

To learn more about Caedmon, listen to my podcast: Caedmon, 7th Century Songwriter.

A Lesson for Us Today

Caedmon felt shame for his inabilities to fit in with the other talented folks. He didn’t realize that God would give him a greater gift by far.

Often our children compare themselves to others and feel inadequacy or embarrassment. They are the Caedmons, slinking away so they don’t have to try and fail.

Abbess Hilda and the other Christian leaders poured into Caedmon so he had a deep faith in God. When he had the dream, it gave him confidence.

How can we raise a man or woman like Caedmon?

To raise a Caedmon, lead your children to Christ, teach them the joy of hidden serving, and stir up confidence in them to use their gifts for the glory of God.

Leading children to Christ is the most important thing we do as parents. Our children can understand the Gospel and grow more and more as they get older. Reading the Word and praying together helps them grow.

A life of serving builds virtue so that God can entrust gifts and abilities to bring glory to Himself.

Finally, instilling confidence happens day by day as we praise our children, especially when they step out in new situations that are a little scary. Reminding them always that in Christ, nothing is impossible and with God, everything is possible sets them up to trust God.

For me, it meant signing them up for a 4H speech workshop and urging them to perform with friends in Fine Arts Night at our homeschool co-op.

God has a call for each of your children. Every one of your little lambs has gifts, talents, and strengths that He wants to see flourish in their lives. We don’t always know what they are.

Caedmon was an old man when he received his gift, but he impacted a nation! He was ready because of his faith and humility. We can’t rush God’s timing, but we can make sure that when it comes, our children are ready to trust God and use their gifts for His glory.

As older teenagers and young adults, my shy children have led worship, spoken at homeschool conferences, written and recorded songs, and mentored younger teens. They started out shy but grew in their confidence in God. They eventually came to believe that God had a purpose for their life, and He would give them gifts to walk in it. When the gifts were unwrapped, they were ready to trust God and step out in faith.

For more insights on parenting, read my blog post 6 Things I Learned about Parenting and Homeschooling from Jesus in Luke 8-9 HERE.

Our children belong to the Lord, and we just have them for a season. We don’t know what the future holds, but we can instill confidence in God’s ability to use their abilities for His glory!

Meredith Curtis, homeschooling mom, writer, speaker, and publisher, loves to encourage families in their homeschooling adventure. She is the author of Let’s Have Our Own Medieval Banquet, Travel God’s World Geography, Travel God’s World Cookbook,  and HIS Story of the 20th Century. You can check out her books, curricula, unit studies, and Bible studies at PowerlineProd.com. Read her blogs at PowerlineProd.com and listen to her at Finish Well Podcast. 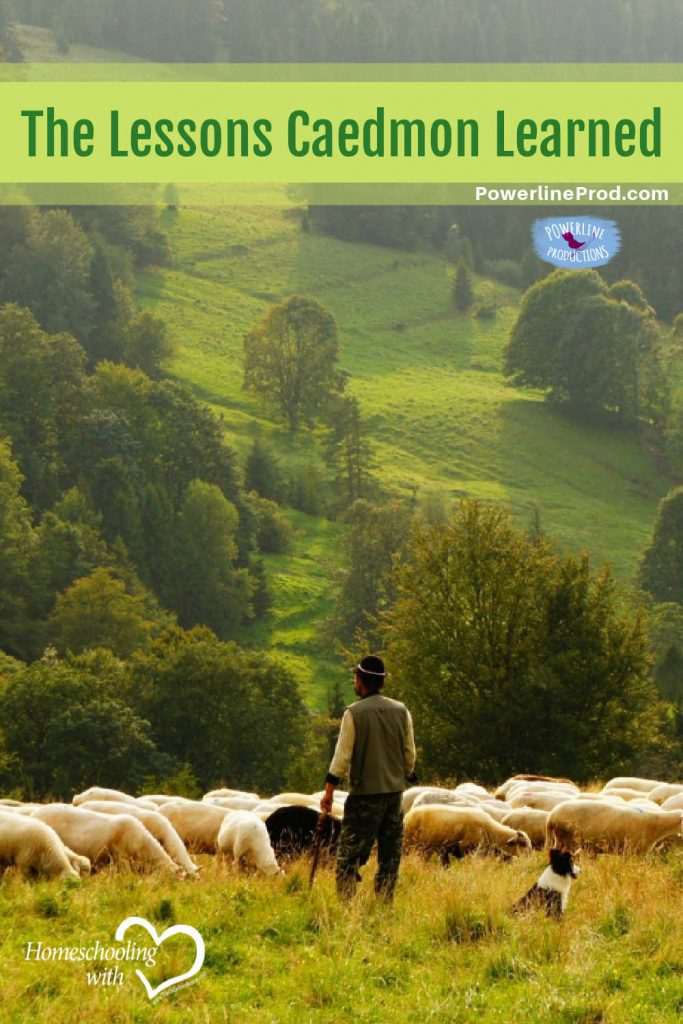