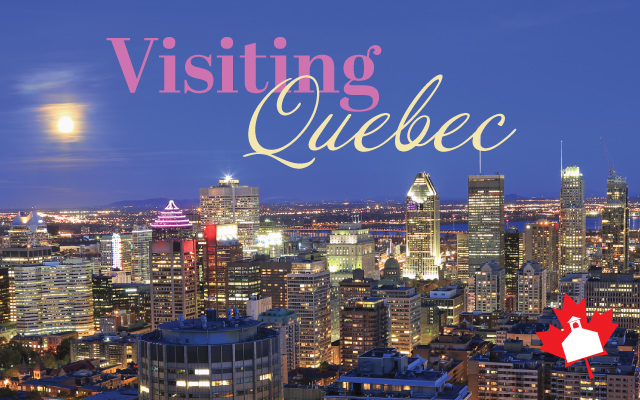 Quebec is one of the 13 provinces in Canada, and it is the biggest one in land mass. It has a colourful fall with its continental seasons, a lot of snow in the winter (and heavy snow), a very warm and hot summer accompanied by a lot of humidity, and a beautiful spring with yummy and sweet maple syrup.

Must See Places in Quebec

Quebec City, called the Capitale Nationale of the province, counts around 730,000 people and is part of UNESCO World Heritage since 1985 because of having the oldest colonial architecture (400 years) in all of North America when we go to Old Quebec. Quebec City is also the birthplace of the Québécois French, and it’s where you can visit the Plains of Abraham.

The Plains of Abraham is a historic battlefield park where on September 13, 1759, the Marquis of Montcalm and his troops were surprised by General Wolf and permitted the British to take control of Canada the year after.

The Quebec Parliament is a place you don’t want to miss; it’s where meetings and decisions of the Province will be made. It’s also a place of culture, music, laughter, festivals, and celebrations.

Montreal is the biggest town with 1,942,000 people and is the ‘’Metropole’’ of the Province. You can enjoy great and amazing restaurants. You can see and participate in different activities all year long such as theaters, museums, music shows, hockey games, attraction parks, roller coasters, and more. The other 14 regions are all different by their locations and their activities, but they all offer their own beauty. I will write another article about all these regions in the near future along with a description of their activities because they are amazing: explorations of the sea and water animals, fishing, camping, walking, and eating apples in the many apple orchards.

Quebec is a beautiful province to visit with the richness of all the lakes, the Fleuve St-Laurent, the forestry, the diversity of animals, the folklore, and the colours. It’s a place to go for a visit for more than just 1 week!

Geneviève studied preschool and primary education at the University of Quebec in Trois-Rivières. During her time at university, she was president and columnist of the student newspaper and president of Family Day (J.P.P.). She worked as a preschool and primary grades teacher for over five years, worked with children and adults with special needs, and she is now a happy mother at home with three children (two, nine, and twenty). Her family and friends are saying she is a colourful, creative, and passionate woman. She embarked on this great adventure of homeschooling in March 2020 and hopes to do so as long as possible. She currently resides in Alberta, Canada.