You’re Doing What to Our Son? 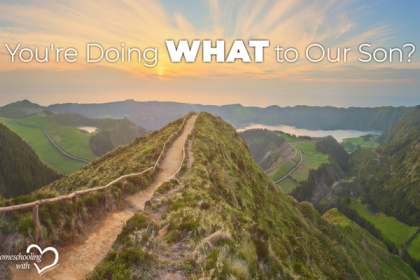 Sarah, wife of Abraham, had a hard life. We hear of her triumphs: She overcame barrenness, was revered in death, and praised by New Testament writers. We also know of her dark moments: Her lack of faith and patience, her laugh of disbelief, and her harsh treatment of her maid. (See Genesis 12 – 23)

She sacrificed a lot to support her husband’s vision. She left behind friends, family, and security in Ur and Haran for an unknown destination, guided by an unfamiliar God.

Although Abraham was a wealthy man, luxury travel in those days still meant traveling for weeks through inhospitable lands, probably on camel, setting up a tent every night, and cooking under the stars. She probably had servants to help, but much of the household responsibility would have fallen to Sarah.

Still, she continued to honor her husband, even when it meant repeating his lies. Admittedly, Sarah, as well as Abraham, made mistakes, the greatest of which was attempting to help God out with His promise. But God’s perfect plan is usually carried out by imperfect people.

Personally, I don’t think Abraham told her about the impending sacrifice of their beloved Isaac. Scripture is silent about it, but based on a mother’s love for her child and the travail Sarah suffered in obtaining that child, do you think she would have stood by and let Abraham and Isaac depart for the mountain that day with wood, fire, and a knife—and no sacrificial animal? I don’t see our proactive Sarah reacting that way. We can only imagine what her response was. Abraham may have been evasive about his mission to the mountain top, leaving her oblivious to their new God’s latest instructions.

Abraham’s relief at learning God’s true plan must have been immense. It was, as it turned out, only a test; God’s provision was revealed at the last minute. He wouldn’t have to face Sarah with the inconceivable confession that he had sacrificed their long-awaited son to this demanding God.

I’m sure his steps were lighter as they came back down the mountain. His last words to Isaac as they returned to camp may have been something like this: “Let’s not tell your mother about this.”

As parents, we face a lot of challenges regarding our children, many of which are beyond our control. Sometimes, their problems are not even made known to us until much later. It is those unknowns that force us to rely on God for their safety and well-being. His path and promises for our families are beyond our knowing. God may reveal His plan only a step at a time, or may not reveal it at all until years have passed.

In those cases, we can only trust in Abraham’s words: “God will provide . . .”

Jeanette is a semi-retired college English and Spanish instructor and a published author and indie authorpreneur. She has helped over a dozen beginning writers take their project from idea to finished book. Now she is developing online courses and expanding her website and blog to take new authors from aspiring to avid. Declaring herself as “Chaplin by birth; chaplain at heart,” she also writes inspirational articles and blog posts, especially about the lives of Bible women.

Share on FacebookShare on PinterestShare on LinkedInShare on TwitterShare on PocketShare on Email
Tagged under: homeschool, homeschooling, jeanette chaplin, youre doing what to our son 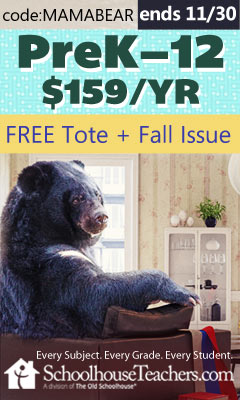