Water Fountains: Being Refreshed by the Living Water 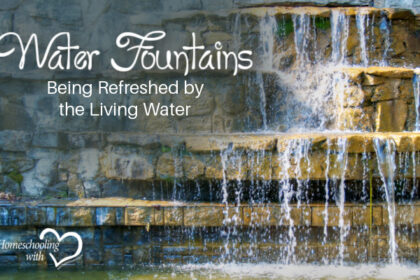 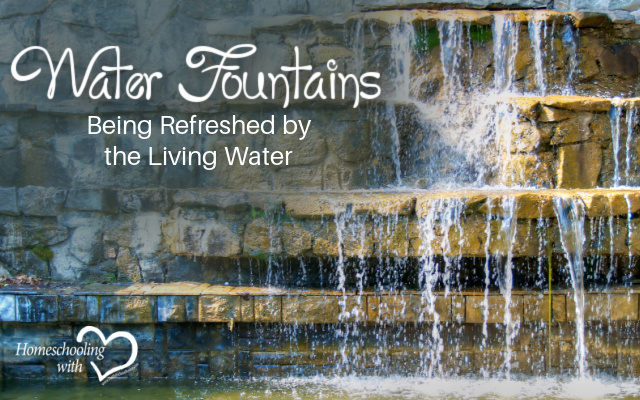 In John 4, we find an interesting conversation between Jesus and a Samaritan woman. This was unusual for two reasons. First, she was a woman. Second, she was a Samaritan. According to Jewish customs, for these two reasons, this conversation never should have happened. Jesus, however, is more concerned about the woman’s spiritual well-being than Jewish customs. In this conversation, Jesus offers her something that the woman finds very pleasing. Jesus tells her that He can offer her “living water.” If she drinks this water, she will never thirst again. Needless to say, the Samaritan woman is very interested in Jesus’ offer. She thinks that He is speaking of physical water, when in reality, He’s speaking of His Spirit, which was given to those who believed Peter’s message in Acts 2 and were baptized that day. Here’s an interesting parallel for you between the Old and the New Covenant. When the law was given and the Israelites created an idol to worship, 3,000 men died. On the Day of Pentecost, when the Church began, 3,000 men were saved. As the Bible says, the law kills, but the Spirit gives life (2 Corinthians 3:6). Jesus then asks her to go get her husband, to which she replies, “I have no husband.” His response tells her that He is no ordinary man, revealing details about her life that most other people wouldn’t know.

When I look at my students and the other young people in my life, I see a lot of them hungering and thirsting for something, and the saddest part is that they don’t even know what they’re missing. Their families have taught them that money, fame, sports, and other worldly things are worth pursuing and will make them happy. King Solomon pursued those things, and he found that they were meaningless and void, like chasing after the wind.

As school resumes, it’s very easy to get so busy with worldly things that we don’t have time for spiritual things. Sports, homework, and family activities can quickly fill our schedules if we let them. Even the world sometimes tells us to “Put first things first.” When it comes to the world’s definition of what should come first, however, is where the difference lies. It always saddens me when kids and their families are missing from church assemblies because they choose to attend ball games instead. God calls His Church to be a light in this dark world. When we let the world tell us what to do and choose to spend time with them when we should be spending time with the Church, it hurts us spiritually and prevents us from being the light that God has called us to be. Jesus tells us in John 8:32 that the truth sets us free and in the previous verse that true disciples obey His teachings. We have to ask ourselves, “What truth does Jesus mean?” Some people don’t even think that truth exists; they’re even more doubtful when it comes to things like right and wrong. We need to understand and teach that the only truth with the power to save is the truth of God’s Word, the Bible.

One major plus of homeschooling is that kids don’t have to hear lessons daily from teachers that don’t accept the truth of God’s Word and the Lordship of Jesus Christ. They teach evolution as truth and view Christians as unintelligent. As a Christian educator, I meet students daily who doubt the absolute truth of God’s Word, view Jesus as just a man, and think that society has the right and authority to decide what is right and wrong. As Christians, we need to do more than believe what the Bible says; we need to live it, teach it to our kids, and share it with the lost. It’s not going to do anyone any good to say that we believe what the Bible says if we don’t show it by our lives. It’s like saying that you know it’s important to look both ways before you cross the street but not teaching it to your kids or failing to do so when you cross the street. You can’t look at an oncoming semi and tell it that it can’t hit you as you walk in front of it because you know what you’re supposed to do. In order to be safe, you have to apply what you know and believe to be true to your life by actually doing it.

In Acts 2:38, Peter told the Jews to repent and be baptized for the forgiveness of sin. He also told them that if they did so, they would receive both forgiveness and God’s Holy Spirit, the living water. This truth has the power to set us free. God offers us salvation through His Son, but we have to choose to accept the gift through faith and obedience. Then we will know the truth, and the truth will set us free (John 8:32). In school, we might not be able to drink from the water fountains, but when it comes to the river of life, that fountain will never run dry. 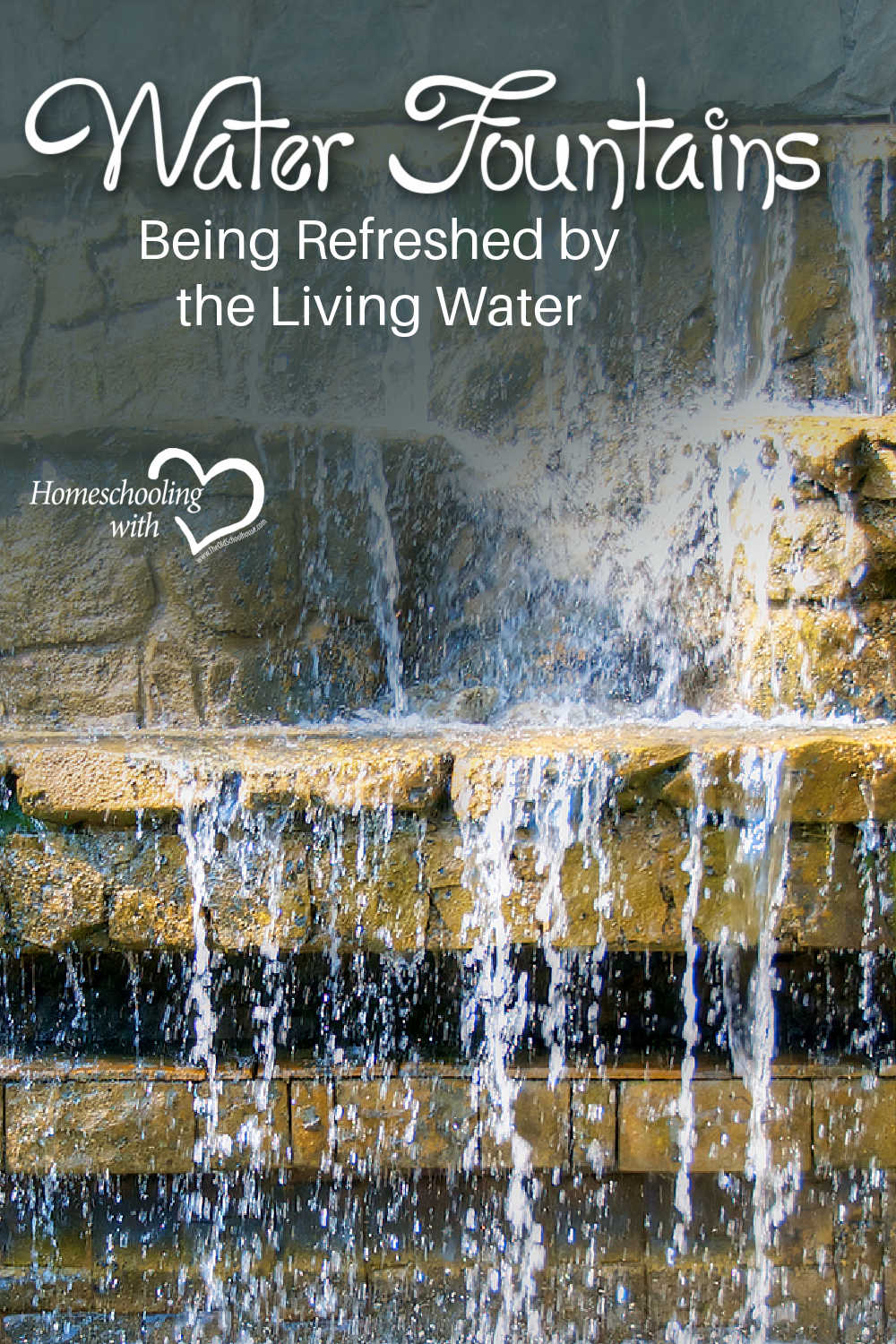 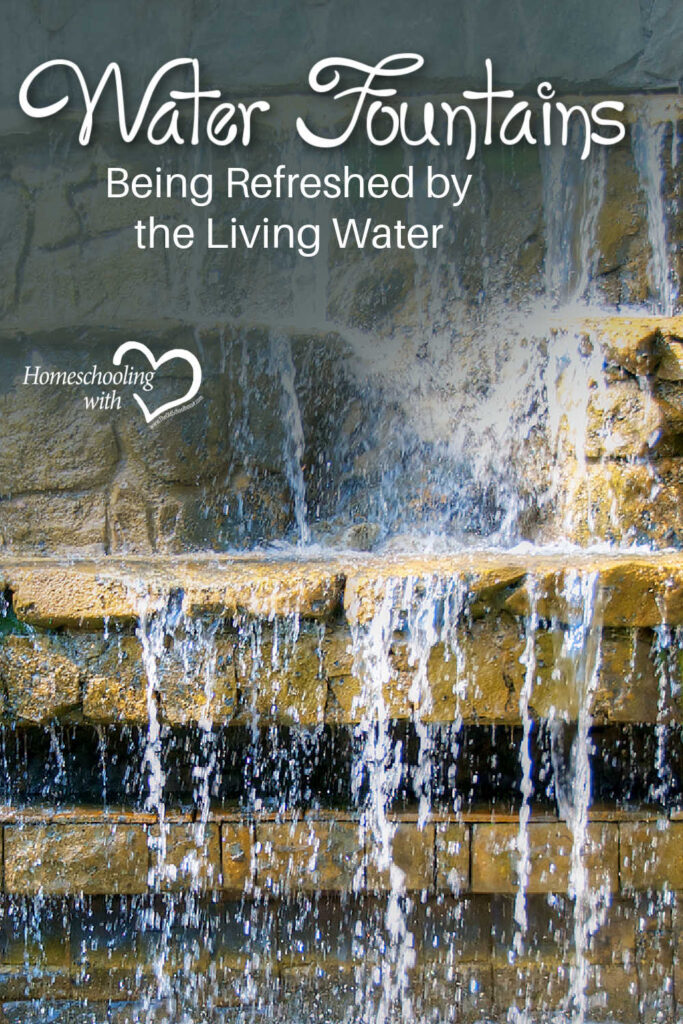