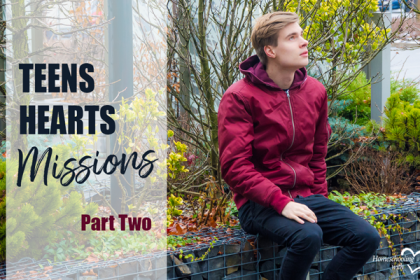 To prepare for a life-mission furthering the Great Commission, God’s Word is our one infallible teacher. When it comes to practical application, history is brimming with examples of the teaching Word and the human student in action, one of which is missionary George Muller. Almost 220 years after his birth, the German-born pastor is remembered for his prayers, specifically in meeting the needs of the hundreds of orphans he rescued from England’s streets. What practical steps did this man take in beginning his labors?

The “Baby Steps” of George Muller

A teenage terror who chronically lied and caroused, George Muller was fast becoming the last example for any young person. But shortly after his twentieth birthday, Muller came to Christ almost overnight. His autobiography records that within two months of his new birth, Muller’s previous disinterest in Scripture was gone. He also prayed often, desired to be in the house of the Lord, and loved his fellow believers. It would be this love for his Christian brothers that opened more doors for taking the gospel to those who had never heard it. After reading missionary accounts, his own prayers begin to be centered around whether he should be one himself. A couple of months later, he met Hermann Ball, who was studying to be a missionary to the Polish Jews. Shortly afterwards, Ball gavethis up due to poor health, which caused a remarkable domino effect in Muller’s life. On hearing about his friend, Muller felt compelled to replace Ball, applied to the London Missionary Society, was reluctantly accepted by them on the condition he would come first to London on trial. And that is how our German found himself in the place where God would so mightily use him.

But more importantly, young Muller had been telling others about Jesus long before he reached London. He wrote letters to his former friends who had led him into deep sin. He spoke about it to his father and brother, though they received it with anger and scorn. Once he visited a sick man for over three months, all in care that the man would know Christ and saw fruit as a result. In short, Muller started where he was. He didn’t wait for God to “make him ready.” He simply did and in the process, God equipped, led and used him.

Dear one, if your child desires to be used in the harvest, today can be when they begin. Pray for them. Gently encourage when you see them in God’s Word and speak of others whom He used. As a homeschooling parent, you have the amazing benefit of being on your child’s team. Learn with them. Labor with them. And when the time comes, let them leave straight and true like arrows.

Kenzi Knapp is a follower of Christ, homeschool graduate and student of history. A fourth generation Missourian she enjoys writing about daily life enrolled in Gods great course of faith and His story throughout the ages at her blog,Honey Rock Hills.

Share on FacebookShare on PinterestShare on LinkedInShare on TwitterShare on PocketShare on Email
Tagged under: homeschool, homeschooling, kenzi knapp, teens hearts and missions