Getting Down…on the Farm, Mama 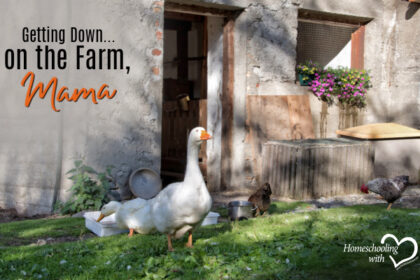 Farm life. Who has not, at least at some point, had grandiose dreams of starting a farm—large or small—that they could call their own? When I was a kid, every girl I knew wanted a horse, including me. I never got one . . . but I was given a goose (more about her in a minute).

If you are curious about homesteading, here’s what some homeschool moms from The Old Schoolhouse® Magazine have to say about it.

Homeschooling, A Part of Homesteading

The goose’s name was Echo. She was so mean. All she did was chase me around our homestead. My dad and mom had recently purchased a house on 5 acres after we moved to Washington from Alaska. They planted trees, grew four acres of barley, bred dogs, bought chickens, and even bunnies. I learned how to take care of animals, weed the yard, and muck out the barn. (It was just a glorified shed.) I collected eggs and even sold them to neighbors. At age ten, I really kind of liked being a little farmer. Until that silly goose Echo came along . . . mean, offensive Echo.

She pecked at my legs, ran off my friends when they came over, and honked plus hissed fiercely at me. No loyalty. No gratitude. Just a self-centered, wretched, foul fowl. I grew to despise Echo.

One day, we had some friends out to our place who came to visit for about a week from California. It was over Thanksgiving. They had two little girls, and Echo chased them around the yard as well. Awful Echo. All she did was eat, demand, and scream.

So, we got an idea. These little girls who came with their parents for Thanksgiving week were fierce themselves. Their dad hunted and fished, and these were outdoor, fearless girls. They thought it might be a good idea for our two families to roast Echo for Thanksgiving dinner. My parents, who had about had it too with obnoxious Echo, could find no reason to disagree. So, the little girls’ daddy performed the necessary, farm-like actions to ready Echo for the roaster, and before we knew it, the job was done. And we had a peaceful dinner. Nice and quiet.

Suffice it to say, after that, I have not had much of a desire to raise farm animals. We’ve done it here and there, but it’s no longer my jam. It’s not for everyone. But if your kids want to do it, admittedly it is educational, and while you might get chased or hissed at, pecked or kicked, you have to decide if it’s worth it or not, especially if your kid turns on a dime and decides he no longer wants to be a farmer.

In the meantime, I’m thankful I can just go to the Farmer’s Market and buy a goose for Thanksgiving dinner if I want to. I never want to see a head-chopped bird again. That’s just me, though. You do what you wanna, Mama. Talk to your husband first though. The End. (grin) 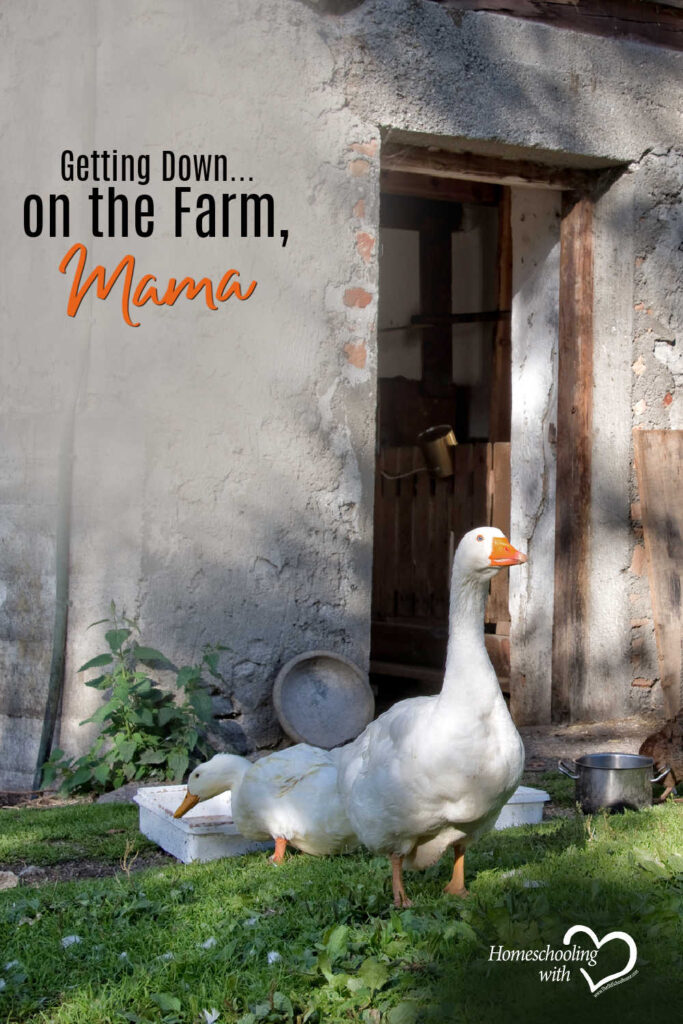