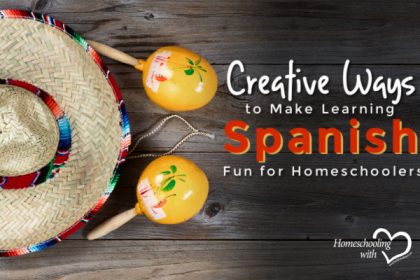 When I first thought about trying to teach a foreign language in my homeschool, I thought that it would be impossible. I mean, I don’t speak another language fluently, not even close. The only remembrance that I had of foreign language class was a teacher that seemed way too into the language that she was teaching. I was simply trying to get the credits that I needed to graduate.

Then it became integral that my children learn Spanish. At least the basics. We would be working in a Spanish-speaking country for an extended period of time with neighbors who knew zero English. How was I going to prepare my children? I realized that it would be just like anything else. I would make it fun! Here are several ways that you can make Spanish fun for homeschoolers, even if you do not speak the language:

Find an online Spanish tutor that offers classes or one-on-one instruction that fits your schedule (and your budget!). In this situation, it is completely fine to outsource if you do not feel confident in physically teaching a class. Homeschooling does not mean you need to sit down and instruct your child for every single subject. Outsourcing for a subject or two (or more!) can help to lighten the load.

In order to expose my children to the language, I found some inexpensive, fun Spanish CDs that we could listen to at home or in the car. These were mostly children’s songs and were sung once in English and then once in Spanish. It was a perfect introduction. Once we were living in the Spanish-speaking country, we quickly learned which songs were popular among children. The kids would go around singing them, and even though we didn’t know what they were saying at first, the songs were catchy! We would then find them on YouTube and learn them that way. Soon enough, my kids could follow along at children’s parties and events!

YouTube is filled with Spanish shows, but my favorite for kids is found on a different platform altogether. It is called Salsa. It is entirely in Spanish, but the puppet characters repeat the same words over and over in a way that makes it easy for children to understand yet in an engaging manner. There are even lesson plans available that even I, a non-Spanish speaker, could go through with the kids.

If you look around, you will see that there are more bilingual children’s books being published, which is great. One that we own is I Hear a Pickle. Or, if your child has a favorite book in English, see if it is available in Spanish as well and pick up a copy. One great example is A Snowy Day by Ezra Jack Keats. My kids enjoy comparing the two!

Many different Spanish apps are available. My younger elementary aged children use one that is different than what my older kids use. Just be sure to monitor any app. Some of the apps might have content that do not align with your worldview or belief system so keep that in mind as your children go through these apps. Sometimes the controversial issues do not arise until several months’ worth of lessons have already been completed.

Is there a co-op class in your area teaching the subject? Do you know someone in the area that you would like to tutor your child and want to make their services available to the homeschooling community in general? Ask them to start up a co-op class and charge a small fee for each student. If you get enough students involved, it will be worthwhile for the tutor and beneficial for each family represented there too!

Excelerate SPANISH is a family-friendly approach to learning to speak Spanish that is both enjoyable and effective. This video-based curriculum is perfect for the hesitant parent that does not know any Spanish. In addition to the videos, there are workbooks, tests, and answer keys!

Do you have a missionary in your church to a Spanish-speaking country? Ask them if they could connect you with someone they know around your age that is looking to learn English!

So many fun options are available to help your child get started in their Spanish-speaking journey. Why are you looking to introduce Spanish into your homeschool? Leave your reason in a comment below! 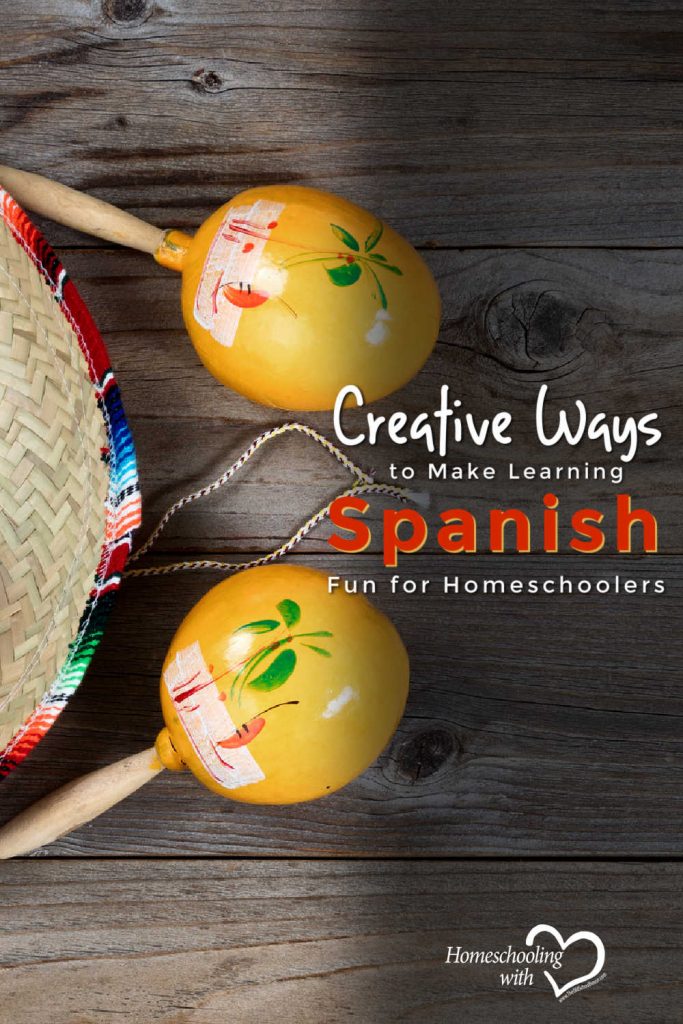