Conferences in 2021 – Homesteaders of America 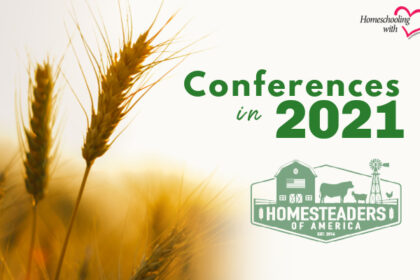 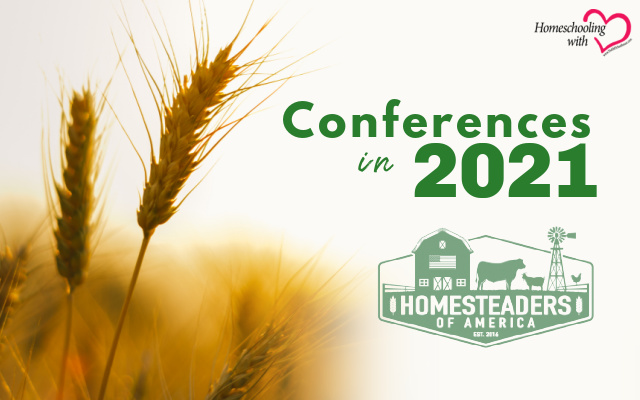 What plans did you have in 2020 that were abruptly canceled due to the unexpected COVID-19 virus? Mine are too numerous to count. I thrive on booking hotel rooms early, planning, and knowing that all of my family’s needs will be taken care of well in advance, especially for a homeschool convention or event. Homeschool conventions have become a family favorite. Calendar in hand, I search for the perfect hotel closest to the venue, one that serves a scrumptious breakfast, and a pool is a plus. If you have never been to a convention in your niche, you should give it a try. Not only are you able to network with like-minded people, but you have the opportunity to learn from the experts of the field. I was disappointed along with millions of other people across the country when all my hard work planning for 2020 was for nothing, and all events were canceled.

Spring ahead to 2021. Not everyone could bounce back and have a successful event after the blow of 2020. Some organizations went under since their funding was dependent upon the events that were canceled the year prior. Others tried to hold an event but could not find enough participants. Yet one organization never missed a beat—the Homesteaders of America. Even during the pandemic, I saw them promoting a 2021 event on MeWe, and I was intrigued. “We need to attend this event!” I urged my husband. Not only was I drawn to the homesteading aspect of the event and the big-name speakers such as Joel and Daniel Salatin, but I was also inspired by this group that was willing to plan, prepare, and work hard to make an event happen in the midst of the unknown. The members of this organization stood for freedom and believed that as Americans, if they wanted to gather in the middle of the pandemic, they should be able to, and they did. I had to join them.

At the beginning of October, I went to man a booth for The Old Schoolhouse® at the Homesteaders of America Conference in Front Royal, VA. I had no idea what I was getting myself into. I thought I would meet a few new homesteaders and hand out a magazine and tote here and there. At the same time, my husband and children would learn how to butcher rabbits (There was a live demonstration, not for the faint of heart!), to run a greenhouse successfully, and maybe be inspired by new farming practices.

We were greeted by a friendly, organized staff who hit the ground running from day one when we arrived. We set up our booth and were told to come by 6:30 a.m. the next day because there tend to be early birds. And early birds there were. When we pulled in the following day, the lines were already forming. After finding a back entrance to our booth, the gates were opened, and the homesteaders poured in. After about two hours, some of the families who were there before dawn passed through the entrance. It was unbelievable. The organizers were not expecting such a crowd, but it is not surprising at all in retrospect. These people knew where to come for support and encouragement in trying times, and I believe they found it.

From the moment the gates opened until they closed that evening, I met all kinds of people interested in stopping by The Old Schoolhouse®’s booth for homeschooling help. From parents already homeschooling with SchoolhouseTeachers.com to parents wanting to pull their kids out of the public school system, so many parents were excited to talk about all things homeschooling. By noon the second day, I had passed out all of my materials to eager and excited parents. This shows the need for homeschooling support in America, both for the families already homeschooling and those seeking freedom in their educational choices. I spoke with families from over twenty-three different states that I know of, possibly more. Where else in America have we seen such dedication to a cause with families traveling cross-country, even from Hawaii, to gather with like-minded people?

As conventions begin to open up or even pop up online, consider taking the time out of your busy schedule to connect. We interact with each other occasionally on social media or by email, but when you have hundreds, and in the case of the Homesteaders of America Conference, thousands gathering in one place, something powerful happens. When a group gathers for an intended purpose, it ignites a fire in you to keep on going. I know this is what so many people needed after 2020, and I am so thankful that I could be a part.

What would you travel across the country to learn more about?

Heather, her husband, and five children call the Blue Ridge Mountains of Virginia home. As a freelance writer, she has appeared in Brio Magazine, Focus on the Family Magazine, Pockets, and War Cry. Heather is the Affiliate Manager for The Old Schoolhouse® and owns the blog Thriftschooling.com. 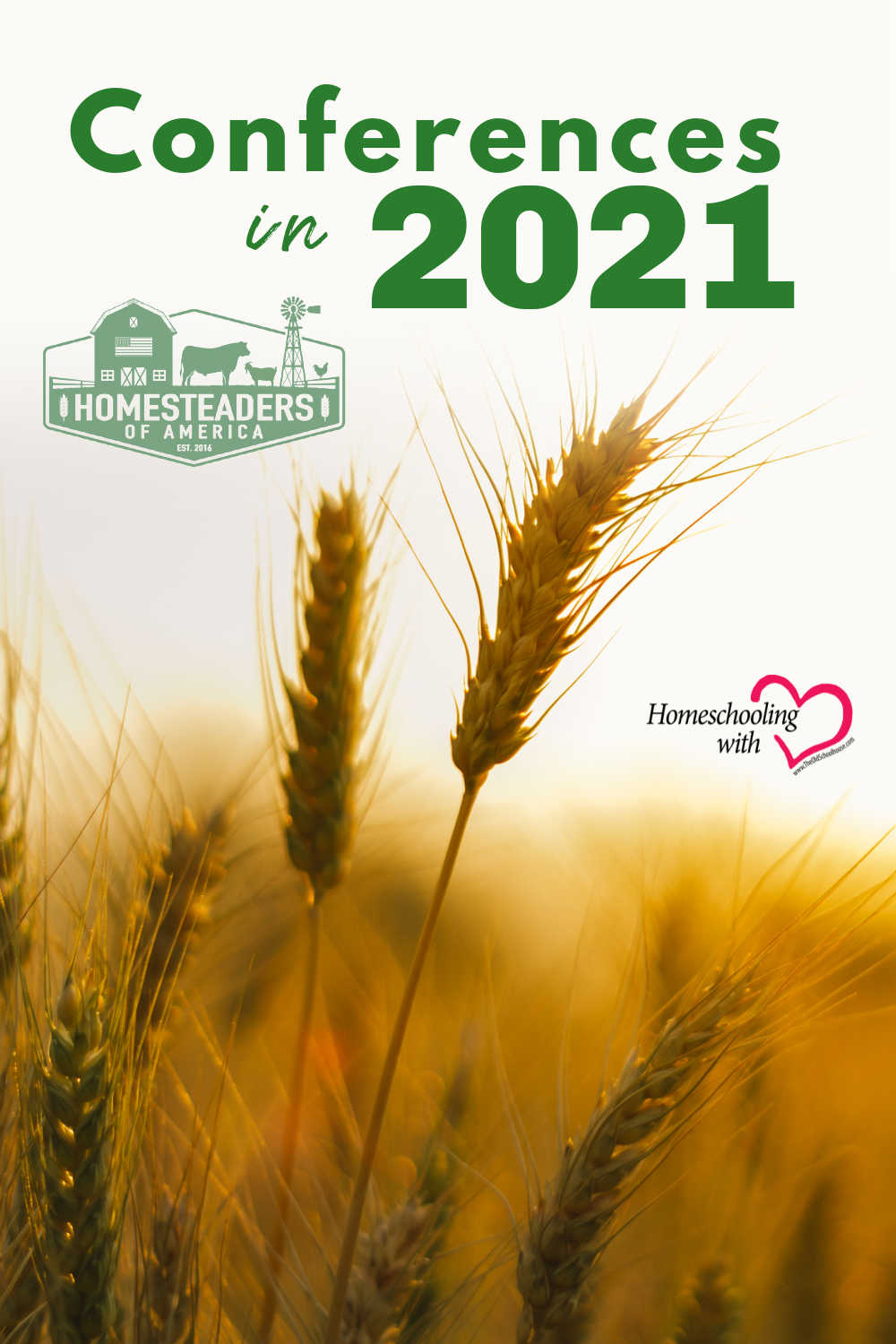 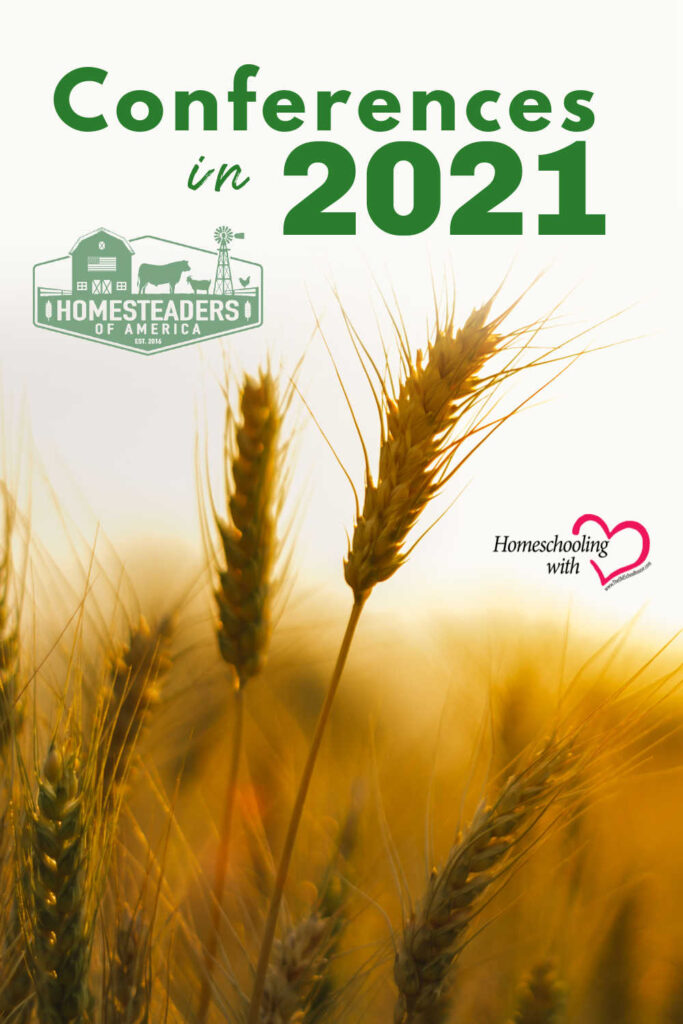