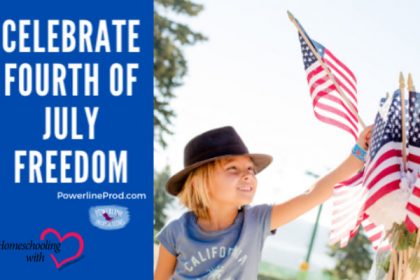 My husband shares his birthday with Independence Day so when he was a little boy he thought all the Fourth of July fireworks were for him!

Fourth of July really is for him! And you and me! We celebrate freedom on Fourth of July with great fanfare: picnics, parades, fireworks, laughter, and yummy food!

Fourth of July is also a great time to remember the freedoms that we often take for granted. Personal liberty, freedom of speech, the right to a trial by jury of your peers, and accountability of leaders to their citizens are things that many people throughout history have not experienced.

So, where did this American freedom stuff start?

Did it start with the Declaration of Independence?

Or did it start even further back?

According to Samuel Rutherford, a Presbyterian pastor, in his book Lex Rex (Law is King) written in the 1600s, the Bible makes it clear that the law is king. The king, or any other ruler, must submit to the law of God. Rutherford took an in-depth look at Scripture and history to prove this, shattering the popular philosophy of the “divine right of kings” to rule as they please.

Our political rights and freedoms go all the way back to the Bible, the source of our rights and responsibilities.

You see, God gave us responsibilities, freedoms, and boundaries. Commandments found in Scripture give us our boundaries. We cannot murder, steal, or commit adultery. We have personal responsibility to care for our families, educate our children, give to the poor, and pray for our leaders, among other things.

We also have freedoms.

The Struggle for Freedom

We live in a time when people have so much freedom they take it for granted. Our education system doesn’t teach children the reality of freedom and lack of freedom. That’s why homeschooling parents have such a great opportunity to teach children about freedom, government, and the right use of power.

Who will get the money?

Who will have the power?

Who gets the final say?

Those with power like to keep their power and will often do whatever it takes to hold on to it and increase it.

Let me take you back in time to the day of Robin Hood.

In the 1100s and 1200s, the nobles resented the king’s power in England. There was constant struggle over who would make financial decisions and what rights nobles could enjoy. King John, a weak ruler, was in constant conflict with his nobles and always wanting to tax his subjects to get money.

The nobles forced King John to sign an amazing document called the Magna Charta. This document greatly limited King John’s power and provided for the formation of Parliament. Was this a new idea? No, not at all. It was a renewal of Anglo-Saxon law.

The Anglo-Saxons kept decision making at a local level unless they were going to war. Then the tribal leaders voted on one man to lead through the time of war.

The Englishmen who forced John to sign the Magna Charta were going back to their roots. They didn’t mind having a king, but they wanted him to submit to a higher law and they wanted to have a say in how things were run in England.

If you would like to learn more about our nation’s heritage of freedom in England, listen to my podcast Our British Heritage.

Freedom in the New World

In 1620, the passengers on the Mayflower signed an important historical document before they disembarked. The Mayflower Compact gave the signers the right to govern themselves in the new land. They wanted to have a say in the decision making. They wanted to elect their leaders.

Other colonies drew up similar documents. Colonial America had a love of freedom running through her colonies. Elected representatives were in every colony working with the king-appointed leaders to make sure the colony ran smoothly.

The American colonists were Englishmen after all who loved freedom! When King George and Parliament started treating the colonists differently and making requirements of them without giving them any say in the matter, tempers boiled.

The Declaration of Independence was signed on July 4, 1776. This document sets out the case that American colonists felt they had to resist the control of the British. It refers to attempts made to negotiate and to failure on the part of the British to keep up their end of their political agreement. This document appeals to God and His laws.

If you are interested in learning more about how the Founding Fathers reached the point of no return, listen to my podcast Enough! We are Free!

The American Revolution followed. Soon, there was a brand-new bouncing baby country named the United States of America. When their first constitution (the Articles of Confederation) needed tweaking, a new document was written.

The first 10 amendments are called the Bill of Rights where we get those famous rights such as freedom of speech, freedom of religion, freedom of the press, and the right to bear arms.

Fourth of July is a great time to read all of these documents, especially the Constitution.

Read the Constitution slowly over a period of weeks, a little bit each day. You will be shocked at what is really written and how much it is disregarded in our culture. For example, the tenth amendment states that “the powers not delegated to the United States by the Constitution, nor prohibited by it to the states, are reserved to the states respectively, or to the people.” Immediately, many federal government programs, departments, and cabinets come to mind that are unconstitutional.

Pull out these documents. They are all available free online to read. Read them together and discuss them. Remember that the only way to preserve freedom is to be educated about our freedoms and exercise them.

Why did our Founding Fathers value freedom so much? Is it because their freedoms were taken away and they experienced political oppression? I believe so.

It is good for our children to learn about nations where there is no freedom. There are places you cannot share your thoughts if they disagree with the government. Some people are not free to worship God. Can your children imagine if they grew up without the choice of what career they would pursue?

Freedom is a precious thing, and if we don’t value it, we won’t protect it and eventually lose it.

So, this Fourth of July, celebrate American FREEDOM with glad hearts and dig a little deeper into what that means and maybe even read the documents of freedom like the Magna Charta, the Mayflower Compact, the Declaration of Independence, and the Constitution.

Meredith Curtis, homeschooling mom, writer, speaker, and publisher, loves to encourage families in their homeschooling adventure. She is the author of American Literature & Research, Americana Newspaper Reporting, American History Cookbook, Families Learning Together American History Art Appreciation, American History Timeline, and 45 USA Presidents Notebooking Pages.  You can check out her books, curricula, unit studies, and Bible studies at PowerlineProd.com. Free Reading Lists for all ages are available at JSHomeschooling.com. Read her blogs at PowerlineProd.com and listen to her at Finish Well Podcast. 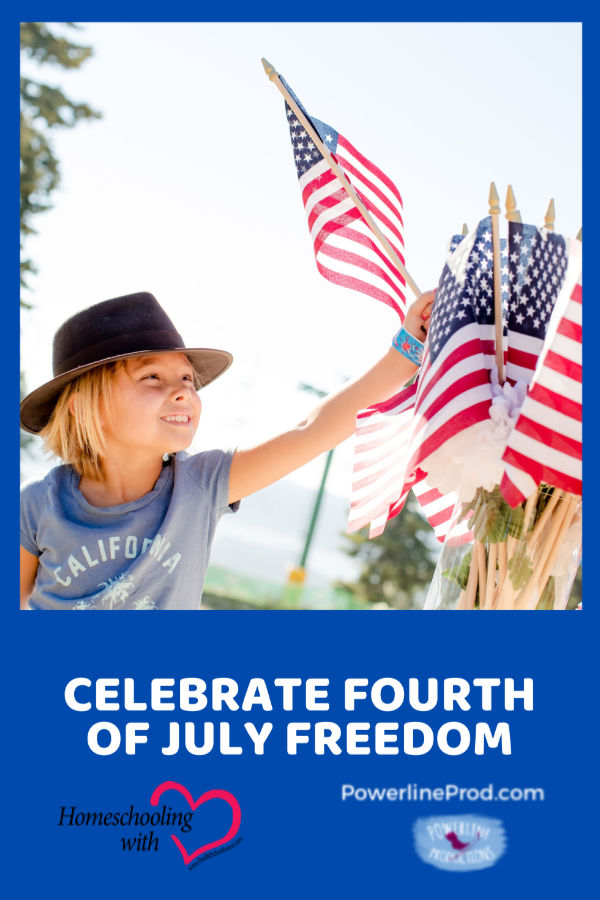