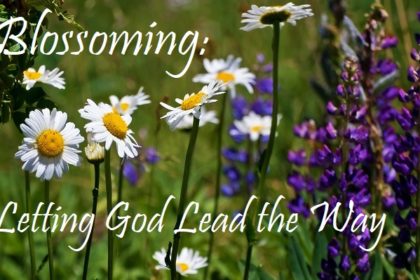 In the fall, I wrote this post about my son and how he had finally begun to recognize some words on sight, after three years of phonics instruction. I’ll admit that I thought it would all be smooth sailing from that point on. As it turned out, it wasn’t quite that simple.

Despite being able to blend and to recognize some words immediately, he was still reading very slowly, having to sound a lot of things out, sometimes forgetting within the same paragraph a word he’d already sounded out, and in general, lacking confidence. Having raised two children already, I still maintain that children develop at their own pace, and pushing them to do certain things before they’re ready, will only result in frustration for the parent and the child. In this case, though, I was beginning to think there was some ingredient missing. He was SO close, but it just wasn’t clicking.

However, as we are entering the latter part of our school year, I’m excited to share that he has made amazing progress! A couple of weeks ago, he took a new step by asking me not to point to the words for him as he is reading any more. He is finally able to follow them visually without assistance.

Last week, he asked if he could read a lesson aloud to my husband. Before, he’d always resisted reading to anyone but me, including his dad. It showed a sense of confidence that he didn’t have before.

Today, when he finished the lesson that we’ve been working on, he volunteered to read the next lesson in his reader for “extra credit.” This would have been unheard of at the beginning of the year. Then, he proceeded to read a passage he’d never seen before, well, with very little help from me. I can’t even begin to describe how much joy that brought to my heart.

Some of the steps that helped my child blossom as a reader are the following:

• Putting greater focus on mastery instead of “moving ahead.”

• Considering what obstacles might be in his path and finding what worked for him, as an individual, to overcome them.

• Above all else, though, the most important ingredient of all has been PRAYER.

Humbling myself enough to give this up to God allowed Him to show me what needed to change and when. He had the answers for me, but I had been looking for them on my own instead of just asking Him. It was amazing how clear everything became, bit by bit. I felt like I’d had a veil over my eyes for years.

I feel like this isn’t just a homeschooling lesson, but a life lesson for me. How often I lean on my own strength and my own understanding, just to make a mess of everything. How impatient I am as well, wanting God to show me the whole picture of His plans for me or my children right this instant, as if He needs my approval. Real trust means trusting when I can’t see what His plans are, what the next step is, but letting Him lead me, anyway, as He reveals things to me right when I need to know them.

I encourage you to let God lead the way in your homeschool. His plans are always better than ours.

“Trust in the Lord with all your heart, and lean not on your own understanding; In all your ways acknowledge Him, and He shall direct your paths.” – Proverbs 3:5-6

Heather Eberlin is a married mother of four children, ranging in age from six to twenty-five. She is currently homeschooling her two youngest children and has felt called to share her journey in order to encourage others. She in an amateur gardener who is amazed at the things that God’s creation reveals when you take the time to pay attention to it. You can follow her at Musings from My Garden.

Share on FacebookShare on PinterestShare on LinkedInShare on TwitterShare on PocketShare on Email
Tagged under: blossoming letting god lead the way, heather eberlin, homeschool, homeschooling