5+ Reasons to Include Chickens in Your Homeschool 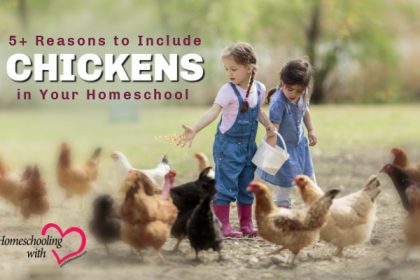 In February, we took a homeschool field trip to our local farm store and brought home six female chicks and a duck. The duck was purely a spur-of-the-moment purchase, fueled by cuteness alone. Our homeschool dived into proper chicken and duck care; it was science, husbandry, and caregiving all rolled into one.

We recently finished building the chicken/duck run and coop. In about eight more weeks, each chicken (and the duck, which turned out to be female, too) will be laying eggs. This whole process has been a fun, rewarding, and educational endeavor for each of us. If possible (meaning, if you can have what is considered livestock on your property), chickens add a number of reasons why you should include them in your homeschool.

Poultry requires daily care. They cannot go without fresh water and food, or they have a markedly unplanned death. In our daily routine, the chickens and duck are fed, watered, and their coop tidied before we start academics. Because our dog sees this activity, she gets fed and watered at the same time. It has taught my daughter a level of responsibility that only daily, necessary chores could teach.

Chickens will eat virtually anything, including worms, crickets, mosquitos, flies, and bees that wander into their run. They will eat what is compostable, as well, with some caveats – there are some things that are toxic to them, such as potatoes and onions. While they can eat tomatoes, they cannot eat the leaves or plants of tomatoes.

We have discovered that our little flock loves strawberries and watermelon. They also really love lettuce, even the green gunky lettuce that has gone bad in the refrigerator. They need protein, which they receive from their chicken feed, but an occasional worm or cricket doesn’t hurt, either. We learned that while there is indeed a pecking order in the socio-clucking hierarchy, not enough protein makes them peck each other mercilessly. That is very, very bad – as a wounded chicken can be pecked to death.

In our homeschool, we have taken chickens on as a massive unit study, and part of that is learning about the chicken life cycle. From inside the hen to the laying box, we’ve learned what makes up an egg that we can eat. We’ve also learned about reproduction, meaning that without a rooster, there are no fertilized eggs. No eggs from our hens (or the eggs from grocery stores) are baby chickens.

We’ve also had serious discussions about circle-of-life situations, namely, what happens when the chickens get too old, and they stop laying? The fact of the matter is, on our little quarter-acre homestead, once the chickens stop laying in two to three years, we will thank God for them—before and after they’re in the roasting pan.

Building the coop and run took about a month to complete, as we were using as much scrap wood as we could. Still, we involved our daughter in every aspect of the building, and she learned measurements, math, engineering, predator-proofing, and problem-solving. We dug a hole and inserted a plastic dishpan, and made a little pond for the duck, and noted all the differences between the duck and her coop-mates. Soon the hole will need to be made larger, and we’ll have to insert a larger container (such as a small Koi pond liner), but with the Koi pond liner comes lessons in volume, dimensions, and problem-solving.

My daughter can read all about chickens in unit studies and do all the math problems in her textbook, but the real-world experiences she has from the chickens solidifies all the lessons in the books. There’s one thing to try to solve a math question about building a door (geometry and all that), but until you read the measuring tape, screw braces, hold lumber while your dad runs it through the table saw – then, the problems come alive.

This experience with having chickens has taught my homeschooler so many things about chickens: the differences between male and female chickens and ducks, the necessity of various kinds of feed, what predators attack, and the need for chickens to roost.

But it’s done more than that. It’s taught my homeschooler a lot about herself. She can get up earlier than usual to take care of the chickens, duck, and dog (and indoor cats). She can listen and understand the circle-of-life conversations necessary when raising livestock—even though it’s hard—and that they are not pets.

It’s taught her that homeschool is so much more than sitting at the dining table and writing sentences or copywork. It’s indeed homeschool—and homeschool means we are lifelong learners, not held back by rubrics or curriculum. Homeschool means that life is the curriculum and all that entails.

Terrie McKee is a follower of Jesus Christ who blogs at Homeschooling1Child.com. She’s married with three adult children who have moved out and on with their lives and has been homeschooling her 11-year-old daughter, Laura, for almost four years. Terrie is a wanna-be homesteader who named her daughter after Laura Ingalls Wilder. 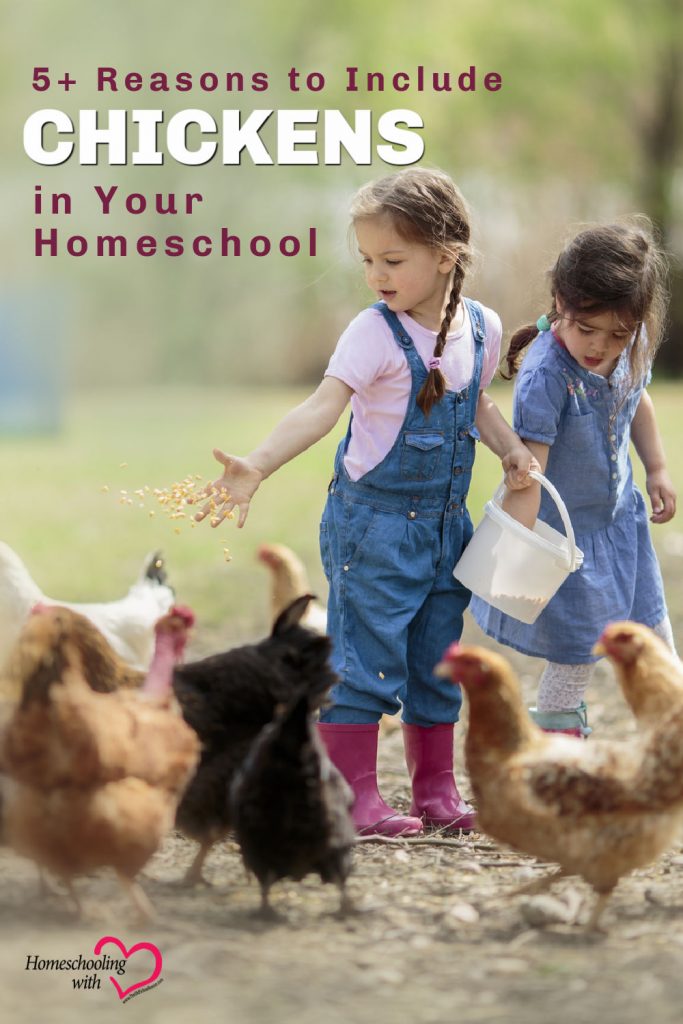